Consumer IoT to be Bigger Market than Industrial IoT 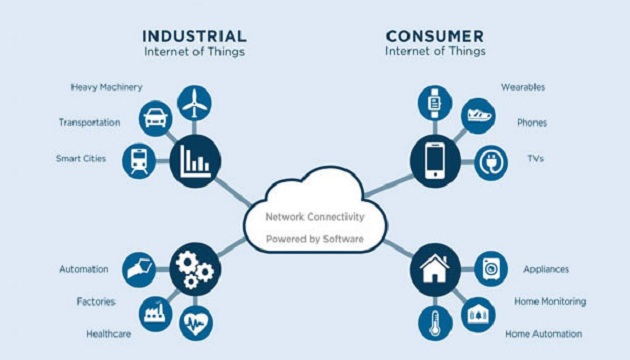 Gartner and Tech Insider has come to the conclusion that the Internet of Things (IoT) will be a major tech category, predicting 20.4 billion units and 23.9 billion devices, respectively, by 2020.

They however differ on where these devices are to land up. According to Gartner two-thirds of the devices will go to consumer applications. Tech Insider predicts that over three-fourths will come to be used in government and business applications.

The scale of Gartner might weigh more here given that the original technologies in consumer IoT are not dependent on standards and directives or privacy regulations and are much more predictable. Product engineering is easier if the problem can be constrained, like consumer IoT.

Consumer smart assistants, such as Amazon Alexa, Google Home and Apple Homepod, are the hubs for consumer IoT. They build on stable technologies: Bluetooth (BLE,) Wi-Fi and derivatives of ARM mobile processors. On the software side, they all rely on natural language processing (NLP) and acoustics that are fairly mature.

BLE transceivers are cheap enough to be built into almost everything, and pairing works predictably. And the range is adequate for most consumer physical environments. The potential for signal interference interrupting BLE is well understood in this environment. The same is true with Wi-Fi. Wi-Fi connects the consumer IoT island to the cloud, which can augment storage and processing limitations of devices and smart assistants.

NLP accuracy has improved dramatically in the past few years because of machine learning advances made to improve the smartphone user interfaces. Likewise, text categorization advances, mostly for understanding what people mean when they search and what text comments mean has also improved.

NLP and text categorization make it possible for these home assistants to understand speech, figure out what it should do with the user’s command, play music, change the TV channel, turn on a light or close the garage door. Go off script, and none of these devices can help. But the scripts have gotten bigger thanks to machine learning investments in mobile, resulting in fewer cases where an action is unavailable to match a command.

The acoustics, both for filtering out users’ voices and reproducing sound, is mature. Mature technologies such as beam forming developed to improve spatial selectivity for antenna transmission and reception has been applied to extract voice from background noise. Using sound, like radar, can define room characteristics to optimize sound recreation for music and other smart assistant sound.

Smart assistants plug into the wall, solving one of the biggest IoT problems: power. And most of the IoT devices they control, such as lighting, thermostats and entertainment devices, all have constant power sources.

Smart assistants’ privacy, safety and security are not a significant issue as long as the consumer doesn’t mind Google, Apple and Amazon listening in. The data stored and local security models are based on mature smartphone and web technologies that all three companies have a decade of experience improving. Plus, the devices they control are UL approved, adequately addressing safety.

Business and government IoT device makers do not enjoy the same constraints.

This list below just scratches the surface of the more considerations that a design engineer building for these markets needs to consider: