Conformal Coatings Vs Potting Compounds Which is better to protect my PCB, a coating or a resin? 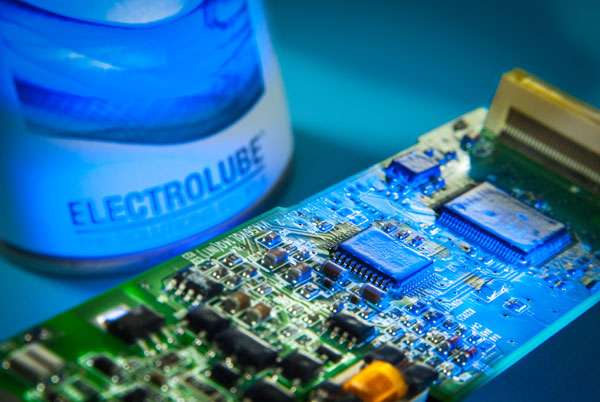 This is a question that is often asked throughout the electronics industry and like any good engineering answer, it depends… on the degree of environmental protection required.  The first thing to consider is often the design of any housing within which the PCB will be enclosed.  If an assembly is enclosed in a housing which is designed to be the primary environmental protection, then a conformal coating is often used to provide a back-up to the primary protection provided by the housing.  Where the housing is not suitable or capable of providing primary protection of the assembly from its operating environment, then most times a resin might be a better choice. 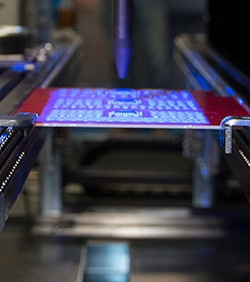 The next question should then be “What is a coating and a resin?” If we look at what is common between the two, both are generally organic polymers, which can cure to form an electrically insulating layer that shows some degree of chemical and thermal resistance. There is a degree in commonality in the chemistry of the polymers used, with acrylic, epoxy, polyurethane and silicone being the most often encountered.

Generally, conformal coatings are thin films applied in the 25-100 micron dry film thickness range, leading to a minimal weight increase of the assembly.  Often coatings are clear, so the coated components are easy to identify and the coating can be easily reworked and components replaced as required. The chemical and thermal resistance of coatings is generally good for short exposures. A coating applies relatively little stress upon the components, this is a particular advantage where a component has thin pins or legs.

The majority of coatings are 1K (single component) systems, which have a long bath life, a low curing or drying temperature and short drying time. Being a single-part solution, they are clearly easier to process and apply; however, the majority of 1K coatings are solvent based in order to modify their viscosity for application purposes. Newly released two part (2K) epoxy and polyurethane coatings, on the other hand, combine the protection and properties of a resin (see below), with the ease of application of a conformal coating but without the use of solvents, giving them an environmental advantage. These can provide excellent coverage and their superior flexibility offers protection of delicate components. 2K coatings also deliver excellent mechanical properties and abrasion resistance but, being two-part, they are more difficult to process compared with 1K coatings and they are virtually impossible to remove, making board repair very difficult.  The coating can be applied manually by use of a paintbrush, spray gun or even manually dipped.  However, increasingly, coatings are applied by robotic selective coating systems to provide a more controlled and more consistent process.

The wide use of spray application for coatings has meant that the coating has to have a low enough viscosity to allow for the material to be atomised during the spray process. This has traditionally meant that coatings have contained high levels of solvents to lower the viscosity of the base resin The solvent content of many coatings has meant that heat is often used to drive off the solvents to allow the resins to cure, since if left to cure at room temperature, solvent may remain trapped in the coating causing premature failure.

With increasing environmental awareness the types of solvents used have changed to lower the VOC (Volatile Organic Compound), as well as the percentage of the solvent contained in the coating.  Modern coating materials are often solvent-free, and known as 100% solids because all of the material applied to the circuit board will cross-link to yield a dry-film of similar thickness to the wet-applied film.  These 100% solids coatings can cure by heat, moisture, or UV radiation depending upon the specific formulation.

Potting compounds and encapsulants can be applied from 0.5 millimetres thick, but are generally applied much thicker than this.  The increased thickness leads to a significant increase in weight and often results in a greater per unit price than a coating.  However, the increased thickness does mean that the PCB is far better protected against chemical attack, particularly in the cases of prolonged immersion. Also, a resin can provide superior protection against physical shock (depending upon the formulation), since the bulk of the resin will help to dissipate the forces across the PCB, rather than allowing them to be concentrated. A layer of dark coloured resin can completely hide the PCB, which allows for some security of the design, and depending upon the choice of the resin, removal of the resin can also result in the destruction of the PCB.

Potting compounds and Encapsulants are generally 2K (two component) systems, in which a resin (Part A) is mixed with the correct amount of Hardener (Part B), which starts a chemical reaction leading to a cross-linked polymer.  Resins generally have a much higher viscosity, and often contain mineral fillers to aid their performance. Since there is no need spray apply resins, the majority of resin formulations are VOC free, and most resins are designed to cure at room temperature, however the cure time can be reduced by the application of heat, and for some resins, post cure might be required to enable the resin to develop its optimum properties Most resins will start reacting as soon as the 2 components are mixed together. The majority of the curing reactions are exothermic as chemical bonds are broken and rearranged. It is the nature of exothermic reactions to get hot, but this heat can be controlled by the careful judgement of the amount of material that needs to be cast as a single process. Too much resin applied at once, may result in the components becoming over heated, or even in the very worst case, the casting catching fire.

Application of a resin can be as simple as the use of a mix-pack, where the 2 components are supplied in a separated pack in the correct ratio. The user removed a divider, mixes the two components thoroughly and then poured to cover the required areas to the required depth (see our video here). Similar to coatings, the use of automated 2K dispensing equipment is becoming more and more widespread to mix and dispense the resin as required in a consistent and repeatable fashion.

It is interesting to note that, in certain applications, where a 2K resin formulation may have been the first choice for circuit protection, a 2K conformal coating may turn out to be the better approach, thanks to its superior mechanical properties, compared with 1K coatings.  Moreover, switching from a resin to a conformal coating will eliminate the weight penalties of the former, which may be critical to some applications.

So how do I choose which is best for my application, is there a middle ground?

The design of the PCB, the housing and the anticipated end-use environment all play a major factor in the decision whether to use a coating or a resin.

Often, potting compound resins are used to form part of the housing itself, and are thus part of the primary protection of the system, and as such are required to resist all of the potential contaminants the housing might see during its end use environment.

Resins are often used in high voltage electronics and electronics operating in explosive environments, to provide a total dielectric layer to prevent arcing.

A well-designed PCB and housing will make the application of either the coating or the resin a quick and efficient process, efficient both in terms of the amount of time required to process as well as the amount of material required.

And just to make things more complicated, Electrolube have recently launched a range of coating materials, based on similar 2K chemistry to resins, but designed to be applied by selective coating equipment in the 200-400 micron range, thus combining many of the advantages of both technologies and minimising many of the drawbacks of each.

Indeed, these new 2K conformal coatings have demonstrated excellent performance in condensing environments. In environmental chamber trials simulating highly condensing conditions, while a urethane resin potted assembly gave the highest overall values in terms of circuit protection – and showed the least change during condensing events – the very large difference in thickness between it and a 2K conformal coating didn’t show a large increase in performance. Indeed, the 2K coating achieved much the same results as the potting compound at one tenth the thickness. 2K conformal coatings can be applied more thickly than previous coatings without risk of cracking. They can also be readily applied by selective coating techniques to provide a coating with better thickness, and sharp edge coverage that has performance somewhere between where a conventional conformal coating fails and potting is required.