MENUMENU
Home Embedded Why would a company Invest in Raspberry Pi? 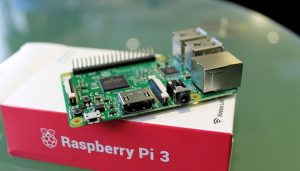 With major success in recent years by the Raspberry Pi, selling over 14 million units since 2012, the UK-based Pi Foundation is the best-selling British computer in history.

The little computer on a single board quickly found a dedicated audience within the hobbyist community upon its release, who found there’s not much you can’t do with it.

But its flexibility means there could be plenty of reasons to look to the Raspberry Pi and similar ‘computer on a board’-like offerings for business use cases.

Why would a company want to invest in a Pi? Low acquisition costs, low energy consumption, no moving parts (so pretty reliable), ARM architecture, large and engaged community, and, thanks to the way it’s designed, isn’t susceptible to the recently discovered Meltdown and Spectre vulnerabilities.

In a post on the Raspberry Pi Foundation’s forum last year, Liz Upton, Director of Communications said that she would “love” to be share more examples of enterprise usage of the Pi.

“Unfortunately, the vast, vast majority of organizations using Raspberry Pi do not want to make the fact common knowledge for a variety of reasons, the competitive advantage being the main one.”

Here are a few potential business use cases for the Raspberry Pi.

Want supercomputing capabilities but don’t have the cash or space for a Cray? Buy a load of Pis instead. BitScope and the Department of Energy’s Los Alamos National Laboratory clustered 750 Raspberry Pis into a mini-supercomputer that can be used to test code before being used on the Lab’s full-scale Trinity supercomputer.

There’s also no shortage of so-called Beowulf clusters, where people have connected dozens of Pisin an ad hoc fashion to give themselves real computing power. Oak Ridge National Laboratory, home to the Titan supercomputer, has released code for TinyTitan, its Pi-based ‘classroom supercomputer’.

Southampton University did something similar and produced a step by step guide complete with Lego housing for extra nerd cool.

If you run want to run your own micro or edge data center, that’s entirely possible. Startups such as OpenIO have shown its Software-Defined Storage technology works on Pi clusters, as does Kubernetes. You can even create your own ‘serverless’ Pi Clusters – i.e. a homebrew alternative to AWS Lambda – using OpenFaaS.

And if you have a real data center, you can find a use for the Pi too; last year Mexican banking group Grupo Elektra-Banco Azteca revealed it was using the Raspberry Pi for data center infrastructure management.

Raspberry Pis make good home servers. Linking the Pi running Samba to external hard drive and you can have what amounts to a personal server. You can also use OwnCloud to create your own personal Cloud. Store all your files on a server in your home or place of business and eschew whatever Cloud service you normally pay for.

Print, email, or web servers are common use cases you’ll see across the web.

Need some numbers crunched on the go? On his blog, Mark Litwintschik analyzed a data set based on over 1 billion taxi rides around New York City on three Raspberry Pis. It wasn’t the quickest or most efficient way to do things, but it is possible.

RedSleeve, based on Red Hat Enterprise Linux, provides enterprise-grade Linux computing (much like CentOS) on ARM architecture and is compatible with Raspberry Pi. SUSE also offer a Pi/ARM-friendly Linux Enterprise Server and has even published a case study on it being used.

But there’s lots of decent software for your Pi: Windows 10 and .NET Core are available, as is Facebook’s Caffe2 Deep Learning framework, Samsung’s Tizen OS, Vivaldi’s web browser, and Kubernetes.

When it comes to Pi-based laptops for sale, there aren’t a whole lot of options. The Kano is nice but too kiddie-friendly to be useful for adults, but the Pi-Top might be just right. It’s still more coding and education-focused, but its PolarisOS does come pre-loaded with GSuite. The Pi Desktop from Element 14 doesn’t come with any software, but does turn the whole thing in to a nice-looking mini-PC complete with extra ports. There’s also a slew of Pi-based Thin Clients from the likes of NComputing and ViewSonic.

Smart assistants and speakers are invading the home, and will soon be all over the office. Alexa, Google Assistant, and Cortana are all available on the Pi, as is the more open and flexible Jasper. Companies such as Tintri and Dynatrace are starting to experiment with Alexa skills for IT use cases.

Obviously if want to stray off the beaten path there’s a whole range of alternative boards: Banana, Beagle, Orange, Pine64 (which also offers a laptop), Chip, Intel’s Edison, Huawei’s HiKey and a host of others offer viable option at different price points and capabilities, depending on your needs.