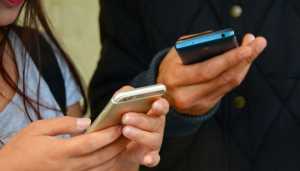 The department of commerce has asked the electronics and information technology ministry to scale up the Phased Manufacturing Programme (PMP) for mobiles to include display units, camera units and printed circuit boards.

The expansion of the programme is aimed at eventually encouraging indigenous manufacturing of mobile phones in the country, which can help reduce India’s staggering $63 billion trade deficit with China, officials said. “We have asked MeitY (ministry of electronics and information technology) to take the programme to the next level. We have suggested them to do industry consultations,” a commerce department official said.

The government has been offering tax relief and other incentives on components and accessories used in production of mobile phones in order to provide a push to local manufacturing and reduce India’s dependence on imports. The first phase of PMP was started in 2015 by making local mobile assembly cheaper than imports by imposing a countervailing duty on certain imports. It covers mechanics, die cut parts, microphone and receiver, key pad, touch pads, ringers and USB cables, among others.

India provides 25% capital subsidy for units engaged in local electronics manufacturing for 10 years under the Modified Special Incentive Package Scheme. An official of the ministry of electronics and IT said that as part of the preferential market access policy (PMA) and the PMP plan, the government has issued directions to all ministries and departments to look at their respective industries and come up with a list of products that could be given a push for domestic manufacturing through in the duty structure.

Imports of Chinese electrical machinery and equipment, sound recorders and television image and their parts rose 30% on year in 2017-18 to $28.6 billion. “The idea is to reduce imports of assembled mobiles,” the commerce department official added. In 2017-18, over 225 million handsets were assembled/manufactured in India, as per India Cellular & Electronics Association (ICEA), which was roughly 80% of the total market requirement.

“The IT ministry has been asked to help other ministries roll out the scheme in their respective areas,” said the official.