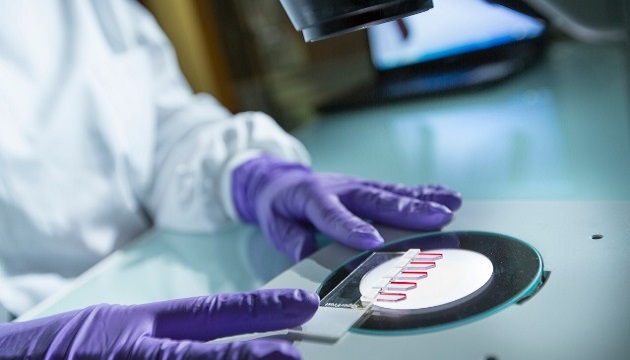 Described in a paper published in the September issue of Nature (Comm. Phys), the technique is envisioned to replace existing technology, which uses high-frequency propagative surface acoustic waves (leaky SAW) to move microscopic samples on complex substrates. CEA-Leti’s innovative technique generates an evanescent Bessel beam in the low-frequency ultrasound (kHz range). Thanks to the enhanced radiation force arising from the evanescent field, this beam makes it possible to pattern living organisms as small as bacteria along concentric circles on a simple substrate. The paper is entitled “Near-field acoustic manipulation in a confined evanescent Bessel beam”.

“The novelty of our approach is the ability to do exactly the same thing that people did in the propagative SAW domain using high frequency,” said CEA-Leti scientist Cédric Poulain. “In that sense, we followed the same route as in optics, where conventional (propagative) optical tweezers were replaced by the improved evanescent optical versions (using plasmon nano-optical tweezers). Here, in acoustics, the use of a very thin substrate in the low-frequency range favors the emission of evanescent sound waves.’’

Evanescent waves are localized waves in the vicinity of the emitting substrate with a very small wavelength gradient – and therefore a high level of force. To achieve such forces, conventional techniques (mainly SAW) require ultrasound waves in the MHz range, which are difficult to generate.

Furthermore, in existing propagative wave technology, waves radiate into the fluid and thus decay very quickly as they propagate along the substrate. Because the radiation of these waves wastes energy, researchers commonly refer to them as “leaky waves”. Evanescent waves do not radiate, and consequently do not decay as they propagate along the substrate.

• An easy-to-produce and low-cost solution that does not require clean rooms.
• The low-frequency emission warrants both lower power consumption and an easier implementation than usual RF frequencies required for conventional SAW.
• The confinement of the energy in the vicinity of the emitter allows lower volume of the required sample, which is a key feature for biological applications.

“Our device is simply made of a commercially available but very thin glass plate that is attached to a ring-shaped piezo ceramic facing a cover that confines the liquid,” Poulain said. “We also showed that we can confine the beam within the evanescent length, which in turn increases the radiation force for some well-defined and resonant gaps.”

The CEA-Leti paper also reports another application in microfluidics that takes advantage of microbubbles. Microbubbles are widely used in conjunction with ultrasound for medical applications such as echography, drug delivery etc., referred to as contrast agents.
“One of the advantages of the low-frequency excitation is that microbubbles are sensitive to this frequency domain: they pulsate and radiate sound, a bit like a little waterproof loudspeaker,” Poulain explained. “As we showed, a microbubble trapped on the axis of the evanescent beam can be used to either capture or repel surrounding particles when the sound is turned on: The bubble behaves as an acoustic magnet.

“Other possible applications for the bubbles include purifying liquids like water by capturing suspended particles and microorganisms, but that is another story!” he said.

In terms of applications, CEA-Leti’s team also showed that its Bessel beam could be used to extract the plasma from a patient’s blood, a procedure that CEA-Leti has patented.
The Acoustic Radiation Force

This week, the same team, along with two colleagues from Grenoble Alpes University, will also publish a theoretical paper that explains how the acoustic radiation force operates. In this short letter, the authors demonstrate the similarity between the structures of the radiation forces felt by a particle immersed in a sound field and an object falling in a gravity field.

This viewpoint brings a new, clearer physical interpretation of the radiation force and its capability to sort, trap, or separate particles in a fluid according to their size, density or compressibility.

That work, described in the paper, “A Lagrangian formulation for a gravitational analogue of the acoustic radiation force”, appeared on Sept. 5 in EPL (Euro Physical Letters).