‘Cargo-carrier’ to Human-carrier; ISRO Performing Tests to Fly Astronauts on its GSLV Rocket 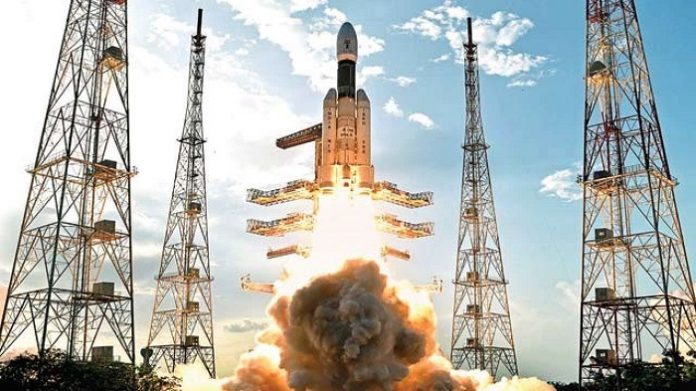 The Indian Space research Organization(ISRO), on Thursday, announced the successful test-fire of its Vikas(Vikram A Sarabhai) Engine or the Core stage L110 Engine of its heaviest operational rocket – the GSLV Mk 3. While this engine and the rocket comprising it have flown several times in the past, the test is part of a series of new evaluations. They are meant to ensure the human-rating of the rocket. Simply put, ISRO is working on converting its Cargo-carrying Rocket into a reliable human-carrier, meant for astronauts. Chairman, ISRO, Dr. K. Sivan, revealed

The fundamental difference in carrying satellites and humans to space is that satellite missions are about carrying more payload(heavy satellite or multiple small satellites) to orbit. Whereas, Human spaceflight is about ensuring fail-safe, reliable flight of astronauts, even if the rocket is not carrying its maximum payload. Once launched by a rocket, a satellite carries out its functions in space, based on commands from its control facility, back on Earth.

In case of India’s Human Spaceflight programme, the capsule/spacecraft carrying humans must be launched into space(via a rocket), the astronauts must perform their activities/experiments in space for a defined time. Later, the spacecraft propels and re-aligns itself to re-enter the earth’s atmosphere (overcoming extreme high temperature and friction). Then, it is recovered after a splash down in the sea.

Human-rating is the process of certifying a rocket’s capability to safely carry such a capsule to space. As far as ISRO is concerned, it involves strengthening the overall launch system, modifying its design and components for high-reliability. Owing to these modifications, additional testing is required for each of its hardware.

The GSLV Mk3 is a three-stage rocket – powered by two S200 Solid fuel boosters, two liquid fuel Vikas engines(L110 core stage) and the CE-20 Cryogenic Engine(that burns a mixture of liquid hydrogen and liquid oxygen). It must also be noted that the same Vikas Engine also powers India’s PSLV rocket, that has a stellar success record of over 96% in 53 flights. Even the two failures that so occurred in the PSLV launches, were unrelated to its engines and core rocketry.

The human-rated GSLV would be housing the crew module under the rocket’s nose cone. The rocket is capable of carrying a 4-ton payload to Geosynchronous Transfer Orbit (36,000kms from earth’s surface) and 8-ton payload to Low Earth Orbit(LEO is 400-600km) respectively.

Despite the GSLV Mk3 rocket having flown four times till date and having performed each mission successfully, ISRO is testing each of its engines multiple times, in order to ensure they can perform above their operational requirements. “Normally we conduct two tests for an engine, but for Gaganyaan we are conducting five or six tests. The third successful test of the Vikas engine is a major milestone and gives us confidence about its robustness. Similar tests will be carried out on the S200 Boosters in October, in addition to tests on the Cryogenic engine “ Dr. Sivan said.

Simply put, the tests are about pushing the rocket components beyond their limits and capabilities. “Suppose the Engine’s operating pressure is ‘X value’, we will test its performance at an ‘X+ value’ and do this for multiple parameters” he explained

ISRO’s work that was hit owing to the Covid-19 Lockdown has now picked up pace, with private industries and suppliers resuming operations. Queried on the status of the Spacecraft/human module, Dr. Sivan said that its design phase was completed and it was handed over for fabrication. With regards the spacesuits, ISRO would be utilizing the tried and tested Russian suits for the manned flight of Gaganyaan. Announced in 2018 by Prime Minister Narendra Modi, Gaganyaan or Human Spaceflight programme is India’s most ambitious space-faring mission. Following two unmanned flight trials of the human-rated GSLV Mk3, Indian astronauts(Air Force Pilots provided Astronaut training by Russia) would head for space in the third flight.