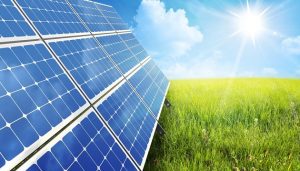 Government assurance to set up a mechanism to buy surplus solar power from commoners enthused all but the industry expressed concerns over proposed 70 per cent safeguard duty on solar equipment in the Budget.

“Generation of solar electricity is harvesting of sun by the farmers using their lands. Government of India will take necessary measures and encourage state governments to put in place a mechanism that their surplus solar power is purchased by the distribution companies or licencees at reasonably remunerative rates,” Finance Minister Arun Jaitley said in his Budget speech today.

The minister also proposed to remove custom duty on solar tempered glass or solar tempered (anti-reflective coated) glass for manufacture of solar cells /panels/modules from existing rate of 5 per cent.

“The move (to set up mechanism to buy solar power) is a welcome step in trying to encourage self-reliance and productivity of rural households and at the same time providing impetus to solar rooftop targets and achieve the renewable energy targets. It will be important to see how this scheme is operationalised by the government, said Dibyanshu, Partner, Khaitan & Co.

Kunwer Sachdev, Managing Director, Su-Kam said, “The announcement of establishing 20 GW of solar power capacity and feeding 7,000 railway stations with solar power will go a long way in the adoption of solar energy. Measures such as lower corporate rate for small enterprises, the increased turnover limit under Presumptive taxation scheme under section 44AD of the Income Tax Act for assesses in MSME category will create an enabling ecosystem for startups in the renewable energy category.”

The budget has also provided for higher total investment of Rs 10,099.41 crore by Indian Renewable Energy Development Agency (IREDA) next fiscal compared to budget estimates of Rs 8,043.31 crore this fiscal. The revised estimates of the IREDA in the current fiscal is Rs 9,287.16 crore.

However, the total investments by the Solar Energy Corporation of India has been reduced to Rs 217.43 crore in next fiscal compared to budgeted Rs 250.42 crore this fiscal. Its investment projections are revised at Rs 228.54 this fiscal.

The expenditure of Ministry of New and Renewable Energy for next fiscal has been pegged at Rs 5,146.63 crore for 2018 -19 against revised estimate of Rs 4,080 crore for this fiscal. The actual budget estimate for the current fiscal was Rs 5,472.84 crore.

Schneider Electric IT next step for “5 City SME Connect” is...