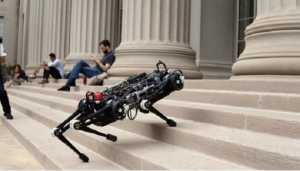 MIT’s Cheetah 3 robot can now gallop across rough terrain, climb a staircase littered with debris, and quickly recover its balance when suddenly yanked, all while essentially blind. The 90-pound mechanical beast about the size of a full-grown Labrador is intentionally designed to do all this without relying on cameras or any external environmental sensors.

Instead, it makes its own way through the surroundings in a way that engineers describe as “blind locomotion.” “There are many unexpected behaviors the robot should be able to handle without relying too much on vision,” says the ro

bot’s designer, Sangbae Kim, associate professor of mechanical engineering at MIT. “Vision can be noisy, slightly inaccurate, and sometimes not available, and if you rely too much on vision, your robot has to be very accurate in position and eventually will be slow. So we want the robot to rely more on tactile information. That way, it can handle unexpected obstacles while moving fast”, he added.

Researchers will present the robot’s vision-free capabilities at the International Conference on Intelligent Robots, in October, in Madrid. In addition to blind locomotion, the team will demonstrate the robot’s improved hardware, including an expanded range of motion compared to its predecessor Cheetah 2, that allows the robot to stretch backwards and forwards, and twist from side to side.

The model-predictive control algorithm calculates the multiplicative positions of the robot’s body and legs a half-second into the future, if a certain force is applied by any given leg as it makes contact with the ground. 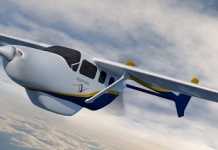 Manufacturing turns up to be smarter with the advent of Intelligent...