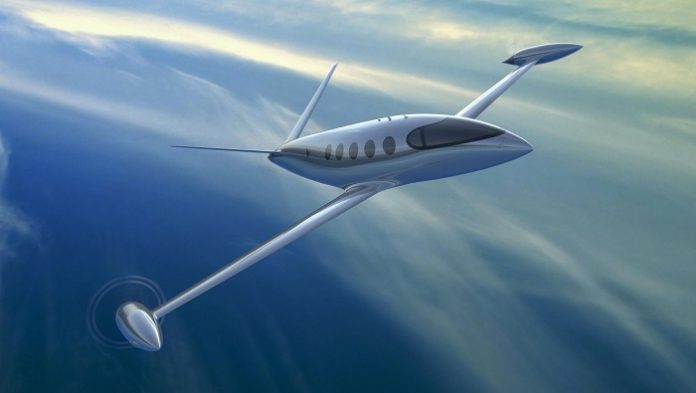 If you thought electric mobility is only restricted to land, you may be proved wrong soon enough. This is because several companies are working towards having planes that are powered by batteries rather than non-renewable aviation-grade fuel. And the work may be close to completion as Eviation, often referred to as ‘Tesla of aircraft’, recently showcased the production version of its Alice long-distance plane.

Eviation Alice has managed to grab a whole lot of spotlight ever since the prototype was first showcased back in 2017. It was one of the first of very few electric planes that was deemed viable for commercial use. The Israel-based company had previously claimed a range of around 960 kilometres but this has now been revised to around 815 kilometres. It can seat as many as nine passengers and has a two-crew set-up. The company outlines that it is powered by two magni650 electric propulsion units from magniX and that the advanced fly-by-wire system is made by Honeywell.

Eviation Alice does continue to make bold promises of significantly less operating cost that conventional planes and could even have its inaugural flight as early as late 2021. A formal certification for commercial flight, however, could take at least a few years.

Several companies have joined the race for an all-electric aircraft that could make planes as we know them today, obsolete. Tesla CEO Elon Musk has also previously revealed a design for a VTOL electric aircraft and has said that with advancements in battery technology, such aircraft are not too far away in the future. Safety permits and permits for commercial purpose, however, could still push such planes into the future by at least a few years. Many agree that it is not about ‘if’ but about ‘when’ when it comes to electric long-distance planes.