With India eyeing a big push for electric cars, Argentina has approached Indian government and companies to invest in lithium mines in the South American nation.

Argentina has one of the largest lithium reserves in the world.

To meet India’s demand for electric vehicles, lithium will be needed in abundance to produce lithium-ion batteries… I am told India is planning to set up large lithium-ion battery plants. Argentina is ready to meet India’s growing demand for lithium, said Mario Osvaldo Capello, Undersecretary of Mining Development, Ministry of Energy and Mining, Government of Argentina.

Capello, who is currently in India, has met top officials in the government including those from Ministry of Commerce and Industry and Mining, as also the corporates working on battery development and EV projects. These include representatives from Maruti Suzuki, Tata Chemicals and Su Kam battery.

We have lithium reserves to the tune of over 3,31,000 tonnes. Apart from giving various concessions on mining, we also offer competitive edge and ensure ease of doing business compared to our competitors. Already couple of top Indian corporate have showed interest in lithium mining in Argentina, Capello said.

We want India to explore options for lithium mining apart from mining of other metals like copper, gold and silver. With India going to lead in EV revolution, we are also keen to partner with Indian companies in development of Lithium-ion battery technology, he added.

Recently government think-tank Niti Aayog announced that there are plans to set up large lithium-ion battery manufacturing plants India is also pushing to have all-electric car fleet by 2030 to cut its oil imports bills and tackle environmental pollution problem. Notably, government-run Indian Space Research Organisation and DRDO are also working on development of low-cost lithium-ion batteries that can be used in EVs and other equipments. 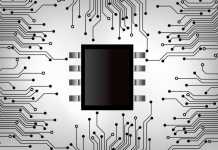 Electronics Components Online. Here is the Complete List of the Leading Distributors in 2020 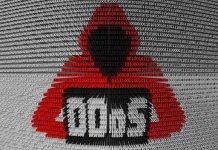 Porsche to launch electric vehicle in India in 2020