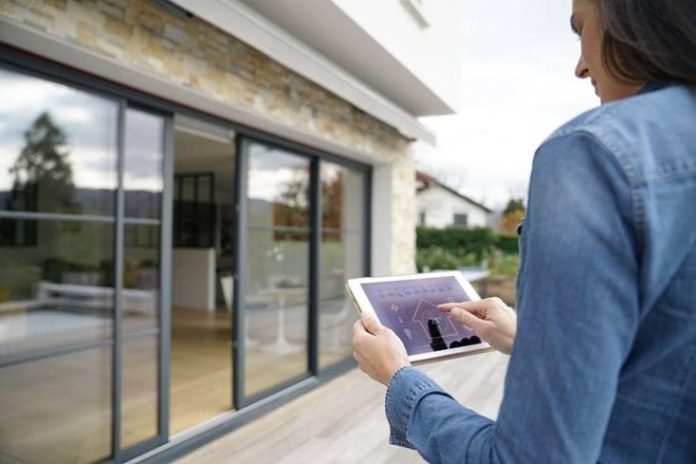 ZigBee forms a network by combining mesh topology with gateways

ZigBee (802.15.4) and BLE (Bluetooth Low Energy) are the two most popular IoT wireless low-power protocols on the market, both of which have their own advantages and disadvantages. ZigBee is a mesh network protocol designed to transmit small amounts of data over medium distances. It operates on a mesh topology network, meaning that information from a single sensor node passes through a group of (or “mesh”) modes until transmission reaches the gateway.

ZigBee is a local area network (LAN). It is therefore the ideal protocol for home automation and smart lighting. Although ZigBee is broader in scope, it is still fairly limited and is not the best option for highly instrumented installations such as industrial IoT applications. The ZigBee network has higher latency due to its mesh topology, which can cause bottlenecks when multiple nodes attempt to reach the gateway through a single node. 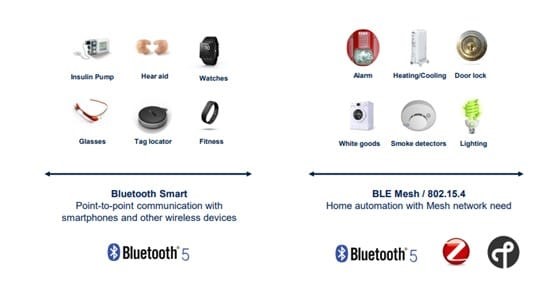 BLE is a personal area network (PAN) designed to connect to devices near users, so BLE has much shorter networking range than ZigBee, but its data rate is much higher. BLE data rates in short bursts are 2 Mbit/s. BLE can “sleeps” between these short bursts, a feature that ZigBee does not have and requires less data and power usage.

Many BLE applications are designed to use smartphones as gateways, but this works only when a smartphone is present. Wearable devices such as smartwatches or fitness bands are also capable, but sensors used in commercial and industrial applications are often unattended, making smartphone gateways impractical or impossible to implement. 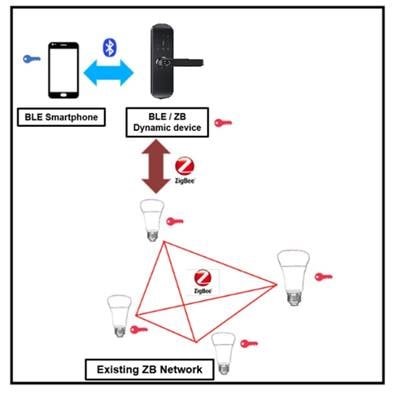 Build strong PANs and LANs with BLE and ZigBee

Taking a smart door lock as an example, a user can open it via a BLE link using a smartphone. The same door lock can also be connected to a home router via ZigBee and controlled via an Internet connection. Thus, when the owner approaches the door, their smartphone uses a cellular network or Wi-Fi to communicate with the router and automatically opens the door using the ZigBee stack inside the router. However, if Internet connectivity is down, users can use smartphones to open door locks via BLE.

STM32WB is a dual-core, multi-protocol and ultra-low-power 2.4GHz MCU system-on-chip. It supports BLE 5.0 and IEEE 802.15.4 protocols (in a single and concurrent mode) and covers a wide range of IoT application needs. The module is based on ST’s best-in-class ultra-low-power MCUs and has a wide range of peripheral set that can shorten development time, reduce BOM costs, and prolong application battery life. It integrates full reference designs in small form factor, centric around a package of the same product line, and provides a wide range of certifications.

In addition to IoT control, Arrow Electronics’ engineering solutions also integrate video and audio streaming capabilities into STM32WB. Using BLE MAC and dual-core MCU features in the STM32WB module, the system can transmit JPEG images and audio to different IoT devices with a range of 300m. Developers can use this unique feature to differentiate products. For example, audio communications are added for doorbells to create audio doorbell products that control Zigbee devices and communicate with Zigbee gateways.

Below is the list of AI smart home solutions available to all developers:

In addition, ST has developed a series of unique and innovative ultra-low-power radio frequency transceivers (ST60) based on 60GHz millimeter waves, also known as millimeter wave contactless connectors, which have been applied in a variety of fields.

ST60 has the advantage of low-latency communication response, the response time is 7 microseconds, which is 100 times faster than 5G. The ST60 contactless communication data rate can reach 6.25Gbps per channel, and can easily meet higher speed requirements by combining multiple channels. In a contactless display system, a 720p display needs a single channel, a 1080p display needs two channels, and a 4K display needs four channels to meet various resolution requirements.

There are 2-part number for ST60 series. ST60A2 supports ultra-high data bandwidth and industrial temperature. With its SLVS input interface, it is compatible with data channels such as DP, SATA, PCIe, and SGMII Gigabit Ethernet, which allows it to be applied more widely. And ST60A3 supports the eUSB2 interface for devices adapted to the USB2 connection.

Numerous wireless transmission protocols appear to compete with each other, but combining them with their advantages improves the functionality and effectiveness of the system. Arrow Electronics partnered with ST to launch video and audio transmission systems and IoT sensor systems combining various communication protocols. Combining it with artificial intelligence makes UI more intuitive and object judgment more accurate. These reference designs will help customers accelerate the development of relevant smart home IoT systems, and deserve in-depth understanding and reference from interested manufacturers.