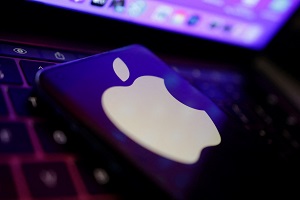 After shifting iPhone production away from China, it now looks as if Apple’s got its eye on iPad production. According to CNBC, Apple is discussing producing some of its iPads in India to help diversify its supply chain.

The news comes almost two years after reports emerged that Apple is considering manufacturing iPads in Vietnam, too. Apple is doing this as the company looks to move up to 30 percent of its manufacturing outside of China.

Apple’s been trying to diversify its manufacturing for years amid trade wars between China and the US and rising labor costs in China. More recently, strict covid restrictions sparked countrywide protests that last month forced Apple to cut down the production of iPhone 14s there, leading to shipping delays.

CNBC says there could be some complications in moving to India. India’s lack of individuals with experience in manufacturing complex devices like iPads and growing territorial disputes between China and India could pose barriers.

Earlier this year, Apple also started manufacturing the iPhone 14 in southern India shortly after its launch. It marked the first time the tech giant had shifted production away from China to India so quickly after releasing a flagship smartphone.

Experts predict iPhone production in India will increase over the next few years as well, albeit slowly.

“I think in five years, 35% [of iPhones] will be manufactured in India,” Gene Munster at Loup Ventures told CNBC. “I think Apple will add iPhone production to other countries outside of India and China in the next five years.”