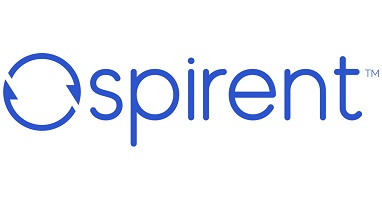 Testing space-based applications in the field is extremely difficult and cost prohibitive, which is why accurate lab testing is vital. The new era of LEO satellites demands highly accurate modelling of the Low Earth Orbit environment to provide the realism needed for high-value testing, including representing the distinct gravitational and atmospheric impact LEO satellites will endure in space. Using Spirent’s SimORBIT model, developers can now accurately replicate LEO orbits for the first time, enabling customers to test using simulations that more closely resemble the true operating environment of a LEO satellite.

“Until now, PNT testing on LEO applications has been limited due to the lack of an integrated solution that could offer realistic LEO orbital data together with GNSS simulation capabilities,” explained Adam Price, Spirent’s Vice President of PNT Simulation. “By working in close collaboration with SpacePNT, we have been able to develop the SimORBIT tool to bring a new level of accuracy and realism to LEO application testing by combining the simulation of precise LEO orbits and highly accurate GNSS signals.“

This capability complements the ability of Spirent’s simulation systems to generate non-ICD signals via I/Q injection, or by the unique Spirent “Flex” feature, enabling new space-based PNT signals to be developed in the lab as realistically as possible.

“As a leader in LEO PNT technology, we at SpacePNT are always keen to partner with other industry market leaders such as Spirent for the testing of PNT technology,” said CEO and Founder, Cyril Botteron. “Spirent’s open and rich PNT simulation environment has made the collaboration seamless, and we are proud to offer such a new, innovative building block for this rapidly emerging key PNT technology.”

Spirent provides the most comprehensive and realistic GNSS test environments, working with leading PNT players to deliver the flexible, scalable, and future-proof architecture needed to evolve with technology. The SimORBIT orbital model highlights the company’s continued commitment to providing customers with the most realistic, most valuable solutions for testing space-based applications.