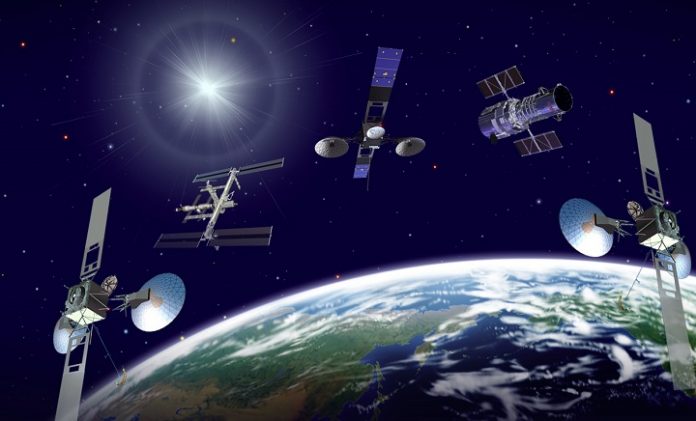 Satellites are used for communications across the globe. Today, more than 6000 satellites are orbiting the planet and only 40 per cent of them are operational. The USA has the most technology satellites among all the countries with 859, followed by China with 250 and India with 136 satellites in space.

There are numerous satellites in the space sector used for Communication, Navigation, Remote Sensing, Global Positioning System (GPS) and more. These space technologies help the planet stay alert and supervised with the information they provide. So, we have listed down the ways Space technologies are aiding humans to defend the planet:

Tracking Climate Change:
Every day we are witnessing a change in the climate with glaciers melting, the sun’s rising temperature, changing durations of the seasons, natural disasters occurring randomly, etc.

With the Introduction of Space 2.0 Technology along with 5G, IoT, AI and Robotics we have advanced to a place where we can predict and fight climate change. Now, changes in geographical features are easily measured with ways to face them.

AI Cameras to Observe Wildlife Crimes:
The increase in illegal animal killings has decreased through constant vigilance with the help of satellites. AI Anti-poaching camera system has been able to identify, stop and locate animal poachers in countries like Africa.

Satellite Images transformed into Data for Farmers:
The global satellite is being used for bridging the economic and social inequalities by providing new opportunities and stopping derogatory practices harmful to Agriculture. This has been possible with Satellite Imagery and Climate Data aka Big Data and global Initiative like Open Data Cube.

World Hunger is a big crisis and with the use of satellite imagery, one can identify crop yield and hence, help farmers understand when to water, fertilize and harvest crops.

Sensors to track Animals:
Scientists use satellites to monitor the movements of animals with the sensors attached to their bodies through IoT. Icarus (International Co-operation for Animal Research Using Space) is using International Space Station (ISS) to create IoA (Internet of Animals). This helps in conserving vulnerable species and wildlife.

Space technologies are an essential part of our evolution as a society. As we further traverse the cosmos, the level of innovation and technology will take us places and beyond.