MENUMENU
Home Wireless and Networking 5G – What Is It? Why Do We Need It? When Can... 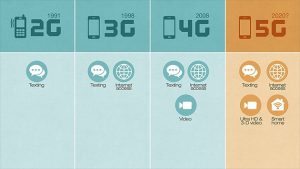 The continuously increasing demand for wireless data has pushed researchers to search for new technologies in order to significantly expand wireless data capacity and network capability. Industry experts universally agree that even with current and planned infrastructure rollouts, that data demand will continue to outpace capacity and the debate has shifted from “if” to “when” this will occur. Wireless service providers plan to furiously upgrade their networks to 4G LTE, LTE-A and beyond, adopting new innovations including multiple input, multiple output (MIMO) and carrier aggregation, along the 3GPP roadmap. Embracing the challenge to meet the increasing demand for data, wireless researchers around the world have begun their journey to investigate new wireless technologies that will be part of a fifth generation or 5G network. Researchers are not only addressing capacity in their innovations, they also aim to improve coverage and reliability at the cell edges, improve energy efficiency for providing service, and decrease latency—all of which will improve the overall responsiveness of the network. To this end, researchers are focusing on four potential technologies to make 5G a reality.

5G targets peak data rates per user in the range of 10 Gb/s (over 1,000X 4G). To provide a frame of reference, a user can download an HD video in 40 minutes using the highest speed networks in good conditions. With 5G, a user can download this same video in a matter of seconds. Faster data access is certainly exciting, but there are challenges to achieving this. The spectrum that service operators paid governments billions of dollars to acquire has simply run out. Today’s networks use spectrum anywhere from 700 MHz to almost 3 GHz, and a variety of public and private entities already claim this spectrum. This challenge can be met in two ways: (1) explore new spectrum or (2) develop new technologies to send more bits to users in the currently allocated spectrum.

5G Frequencies: A Combination of mmWave and Sub-6 GHz

There is a lot left to be defined when it comes to 5G, but one thing is certain: sub-6 GHz spectrum is still very important, and mmWave frequencies will be used to supplement sub-6 GHz technology.

Figure 1 shows the wide range of requirements expected of 5G, from ultra-reliable, high-bandwidth communication for enhanced mobile broadband (eMBB) applications, to the low-bandwidth, machine-to-machine (M2M) type communications we expect to see in Internet of Things (IoT) applications. It is difficult, if not impossible, for one band of spectrum to meet these needs, but combining two bands provides complementary coverage. Sub-6 GHz spectrum offers better propagation and backward compatibility for narrowband applications, while the contiguous bandwidth at mmWave frequencies enables the key eMBB applications that 5G promises.

Recognizing the large amount of speculation regarding 5G networks, the world’s standardization bodies, including the 3GPP, have recently begun to transition concepts into reality. Not surprisingly, the vision painted by IMT-2020, the NGMN, and the 3GPP is expansive. 5G researchers now must build the framework that will redefine our very existence—from automobiles and transportation systems to manufacturing, energy, healthcare monitoring, and more.

To do this, researchers are adopting new design approaches to help with the challenging task of defining, developing, and deploying 5G technologies within a random access network. Most acknowledge that conventional approaches to vetting 5G technologies take too long and incur significant costs. Therefore, building a prototype and a proof of concept earlier in the process enables faster commercialization.

The International Telecommunications Union (ITU) has defined two phases of research as shown in Figure 2: Phase 1 for sub-40 GHz and Phase 2 for sub-100 GHz. Phase 1 is scheduled to end in June 2018 to correspond with the 3GPP’s LTE release 15. Phase 2 is slated to end in December 2019 to correspond with LTE release 16. Figure 2 shows both the ITU and 3GPP timelines as of fall, 2016.

The ITU’s proposed dates and the frequencies that will be used, however, are anything but certain. At the March 2017 3GPP RAN plenary meeting (#75), a way forward (WF) was presented with an accelerated schedule for the release of 5G New Radio (NR), as seen in Figure 3

NR is intended to cover all applications and all frequency bands, including the three main application key performance indicators for 5G put forth by the ITU: enhanced mobile broadband (eMBB), Ultra Reliable Low Latency Communications (URLLC), and Massive Machine Type Communications (MMTC). That means that the physical layer needs to be flexible enough to generate significantly higher data throughput while allowing for hundreds of times more devices to connect to the network for Narrow Band IoT (NB-IoT). The PHY also needs to be reliable enough with low enough latency to be used in self-driving cars. This is no easy task, and the standards that are being proposed for NR are significantly more complex than V5G. Certain aspects like adding beam management are similar between the two, but NR will incorporate both slow and fast beam management. NR will also leverage LTE as much as possible, but it uses different sample and subcarrier rates.

Despite the buzz around NR and a desire to finalize the standard earlier than initially planned, not much data has been published about the performance of the specification. The limited trials at 28 GHz have focused more on channel sounding than demonstrating the feasibility of the NR specification. NI has developed a New Radio prototyping system that can run a multi-user MIMO link. This system uses the NI mmWave Transceiver System (MTS) and flexible physical layer IP written in LabVIEW.

Blazing a New Path through Research

To expedite the time it takes to produce a working prototype, many researchers have adopted a platform-based design approach that embraces a unified design flow. It starts with math and simulation and then maps the algorithm in a system and working hardware.

Consider Samsung, which has built one of the world’s first demonstrators of multi-antenna technology with a base station (BTS) that includes 32 antenna elements called Full-Dimension MIMO or FD-MIMO. FD-MIMO uses a 2D grid of antennas to create a 3D channel space. With FD-MIMO, service operators can place antenna grids at elevated positions such as buildings or poles and aim the antenna beams at users on the ground or in adjacent buildings to consistently deliver enhanced data rates.

Researchers at Lund University in Sweden have taken this multi-antenna concept to the next level with their Massive MIMO prototype. Massive MIMO increases the number of antennas in a cellular BTS to hundreds. Composed of low-cost technology, the grid of antenna elements focuses the energy directly at the user while enabling the hundreds of antennas to more easily detect weak signals from mobile devices.

Fundamentally, enhanced data rates and increased capacity are constrained by spectrum according to Shannon’s theory on channel capacity. More spectrum yields higher data rates, which help service operators accommodate more users. As such, service operators around the world have paid billions of dollars for spectrum to service their customers, yet the currently available spectrum below 6 GHz is almost tapped out. Researchers are now investigating the possibility of deploying cellular networks above 6 GHz, specifically in the mmWave bands.

Worth noting is that the mmWave spectrum is plentiful and lightly licensed, meaning it is accessible to service operators around the world. Professor Ted Rappaport at New York University Wireless has been investigating mmWave as a possible evolutionary path for mobile networks since the mid-2000s. His pioneering channel measurement work has led researchers all over the world to reconsider their assumptions that mmWave mobile networks are either impractical or unfeasible.

Furthermore, researchers at Nokia Networks are also investigating mmWave technologies, and the preliminary results are encouraging. In 2015 alone, Nokia Networks demonstrated a fully working mmWave prototype that delivers the fastest rates ever recorded for mobile access. The Nokia Networks prototype composed of a BTS and a UE consistently streamed data at a rate of over 10 Gbps at 73.5 GHz. Nokia Networks’ achievement paints a promising future for mmWave and 5G.

The Future is Here

5G offers many exciting new developments to ultimately improve our lives through enhanced connectivity and unlock tremendous economic value. But for us to reap these benefits, researchers need a faster path to prototype. Traditional approaches have grown too expensive and time-consuming, and the world is growing impatient. A platform-based design approach can deliver these new developments faster, just as the researchers at places like Lund University, Nokia Networks, NYU Wireless, and Samsung are already demonstrating. It’s time to join this wave of innovation and see where it takes us next. 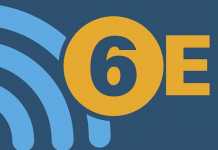 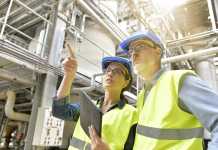 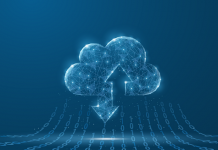