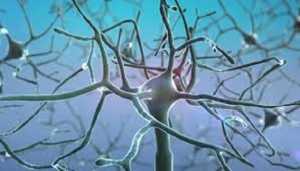 Researchers have engineered biohybrid nerve tissue — containing both living cells and non-living components — to develop 3D models of neural networks, an advance that may lead to better understanding of how the brain works.

The researchers said using a 3D model of these networks outside the body may offer researchers a new tool to understand how these connections work.

The study, published in the journal PNAS, noted that the 3D tissue, consisting of neurons, can provide the ability to develop tissue models for drug screening, or processing units for biological computers.

The researchers, including Gelson Pagan-Diaz from the University of Illinois in the US, said the produced tissue is similar to a computer processing unit, which provided the basic principle to today’s supercomputers.

These models, they said, can help shed light on how abnormalities form such as what gives rise to diseases such as Alzheimer’s.

According to the researchers, the 3D tissues can be used to study complex behaviours that happen in the brain, and how these tissues react with new drugs being developed.

The scientists said, these tissues can also be programmed to be activated using blue light, in a field of study called optogenetics.

It may lead to less reliance on animals to test these drugs in the future, they said.

“If we can control how these neurons communicate with each other, if we can train them using optogenetics, if we can program them, then we can potentially use to perform engineering functions. In the future, our hope is that by being able to design these neural tissue, we can begin to realize biological processing units and biological computers, similar to the brain,” said study co-author Rashid Bashir from the University of Illinois.

In the current study, the scientists developed neural tissue that can form different shapes, using hydrogels and a protein called fibrin to make millimetre to centimeter scale structures.

They said these structures don’t have rigid scaffolds and can be molded into a number of desired shapes.

“It’s a bundle of hundreds to thousands of microns of cells that contains a lot of populations with a genetic makeup similar to in vivo tissues,” Pagan-Diaz explained.

“Once we can prove that, we will be able to mimic the morphology that we see in the brain. Once we show that the tissue engineered outside the body is similar to the tissue in the body, then we can then fabricate them over and over again,” Pagan-Diaz said.

With new techniques for developing these tissues, the researchers said they can capture a lot of the phenomena happening in the neurons in vivo.

Electrolube announces record sales for its manufacturing operation in India