3D Printing Technology: Taking the World to the next level 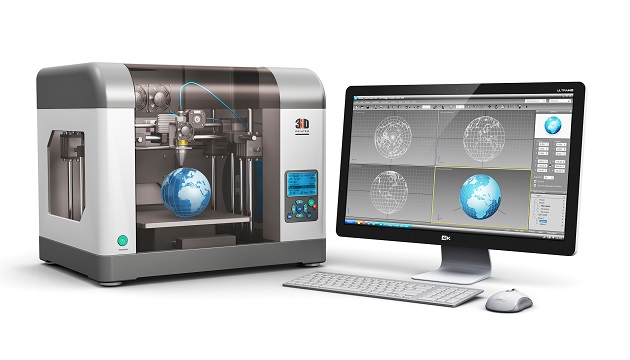 When a new type of technology is developed, it often receives a lot of publicity as people speculate about its potential to become truly disruptive and have wide-reaching impact. However, the hype often outpaces the rate of technological progress, that is to say, disruptive potential exists, but for a number of reasons it may not be possible for it to be realised as soon as a new technology is invented.

3D printing is a technology which has similarly captured the imagination, and many companies are jumping on the opportunity to realise the potential applications it could have. But while you would be forgiven for thinking 3D printing is a relatively new concept, the foundational ideas around 3D printing have been around for decades, and it’s quite remarkable how diverse these ideas have been over time.

3D printing today is often associated with a process called ‘Rapid Prototyping’, which is used by research and development (R&D) teams to create a physical representation of a new invention so that it can be tested and validated. Many of the early glimpses of 3D printing, however, had different end-goals in mind.

According to the company, 3D printing has the potential to unlock unprecedented economic potential and disrupt virtually every part of the $12 trillion global manufacturing industry.

“We believe that digital transformation of manufacturing will be a key enabler of the next Industrial Revolution,” said Sumeer Chandra, managing director, HP India, at the launch. “3D printing will contribute to democratizing manufacturing and transforming industries, including the $6 trillion Asia-Pacific and Japan manufacturing segment. India is a strategic hub for this significant shift and we are excited to bring the cutting-edge Multi Jet Fusion technology to Indian customers across a variety of vertical markets”, he added.

Chandra believes that in India sectors like automotive, aerospace, defence, consumer goods, healthcare, apparel and fashion and construction have a tremendous potential and demand for 3D printer technology. And while in the short-term companies will use HP’s 3D solutions for prototyping in the long run, the 3D technology will help them make parts for real-time production.

Chandra also announced two partners, Mumbai-based Imaginarium and Noida-based Adroitec, as resellers of its 3D printing solution in the country. As certified HP 3D printing reseller partners, Imaginarium and Adroitec will bring expertise and knowledge of HP’s Multi Jet Fusion technology to customers deploying the solutions, as well as value added services such as the enablement of new applications and industry leading response time and service quality.

Chandra believes as the technology and material becomes affordable, 3D printing in India will further pave its entry into other segments such as arts and design, interior decoration, fashion accessories, footwear designs, jewellery designs, animation and gaming.

The Multi Jet Fusion 3D Printing solution can be purchased through HP specialized partners and costs Rs 2.5 crore which includes pre- and post-processing unit, the 3D printer and initial consumables.

When asked about the latest technology surrounding 3D printing in India, Imaginarium Rapid’s Nishant Shah highlighted, “A lot of innovations have happened in various industries using 3D printing with electronics being the latest. 3D Printing allows anyone to print a circuit using a conductive ink. This allows functional plastic parts to be printed along with the circuits. It is still quite new and being researched extensively. But one of the first printers which could do this was commercially sold in 2015.

Post this a lot of machine manufacturers have been doing R&D to make a robust printer and also trying different materials. The goal is to enable the printers to support production parts and not just prototypes. Optomec, Nano-dimensions and Voxel8 are some of the big players in this”, said Imaginarium Rapid’s Nishant Shah.

The combo of the duo, the 3D Printing Technology and the electronics is very new. The first printer to print electronics was sold in 2015. It is an incredible revolution that can change the way we conceive electronic materials. The even more exciting and impressive opportunity is the possibility of directly 3D Printing electronic circuits.  A recent SmarTech Publishing report even forecasted that introducing 3D printing in the electronics industry would generate $428-million in revenues by 2022 and go on to achieve $2.8-billion in revenues by 2025.

“A 3D Printer allows you to make functional parts/enclosures in a much faster time frame and with much less cost than traditional manufacturing. So for applications like designing a new electronic product, 3D Printed bodies (even with complex geometries) can be produced,” said Vishesh Shishodia of 3D Printronics.

3D Printing is a revolution for electronics

As the world of 3D-printing is evolving, electronics is quickly becoming a new key player. Functional elements such as sensors and switches are now being integrated into 3D-printed products, paving the way for exciting new markets, applications and opportunities.

Alfatek’s Suman tBhutoria said, “Currently, there are two technologies that are being used to 3D print electronic components:

Perhaps one of the most defining characteristics of the future of 3D printing will be its business applications. All manner of sectors can expect to see these printers shaping the way that their businesses run on a day-to-day basis. As printers become smaller, more affordable and easier to use, 3D printing will become a ubiquitous element in many industries.

Prototyping and design are business processes that stand to benefit from great efficiencies with the involvement of 3D printing technology. In architecture and engineering, for example, the creation of perfectly scaled models has typically been outsourced to third party manufacturers, and has often been considered a lengthy and costly process. 3D printers allow the architect or engineer to create prototypes himself, in-house, and in much less time. The technology also allows architects to trial and error the viability of a model in a computer screen, before they are quickly translated into a tangible product.

3D printing also holds great potential for the fashion and textiles industry, particularly with regard to customisation. While 3D printing has typically been associated with plastic and metal products, developments in technology have enabled printing using various fabrics and textiles. The ability to print a version slightly altered to specific measurements, or in a preferred fabric or colour, could be completely revolutionary for retailers. By reducing the overproduction of unsold items, and diminishing lost sales on account of poor fit, 3D printing offers the clothing manufacturing sector the promise of vastly increased efficiencies.

The medical uses of 3D printing have been well documented as profoundly revolutionary and as such, will be a key use of 3D printing in the future. The industry has already used additive manufacturing to create many different life-changing solutions including, but certainly not limited to, prosthetic limbs for war survivors, skin for burn victims and reconstructed facial features for road-accident victims.

The future of this technology within this sector is set to be characterized by a focus on children. Historically, one of the biggest limitations for medical professionals in fitting children with prosthetic limbs or airway splints has been that children grow so fast that these devices have to replaced frequently, which can be extremely expensive. By creating a model using a 3D printer, a prosthetic hand, for example, can be scaled and rescaled as the child grows and printed each time for a fraction of the price. Furthermore, surgery on children’s vital organs has long been considered high-risk because they are much smaller than adults and therefore the possibility of human error is greater. Surgeons have been able to print 3D versions of children’s hearts.

The dental industry has also seen 3D printing revolutionise many of their traditional processes. Dentists are able to print 3D moulds of the patient’s mouth based on a scan, and have more recently been able to rapidly produce perfectly fitting crowns and bridges for patients in-house. In the future, as printers become more affordable and easier to use, we will see 3D printing pervade its way into many more dental offices.

Investing in the Nation’s Future

Another defining characteristic of the future of 3D printing is the expected proliferation of these technologies in teaching children and students. For younger children, this could mean printing educational toys, historical artifacts or 3D maps of topography of areas to learn from in the classroom. For older students, this could mean 3D printing copies of a heart or a kidney to dissect and study in biology classes.

Perhaps the greatest way that we will see 3D printing shape the education sector will be a shift towards learning about 3D printing in itself. The myriad of uses for additive manufacturing across many different sectors and industries means that students planning on going into all sorts of professions will need to understand how these devices work, and how they have changed the way that these industries function from day-to-day. We will see students being taught about the various applications of 3D printing in schools, so as to prepare them for a future where are likely to encounter these machines regularly.

“Future of 3D Printing technology is very promising in making Medical devices, surgical guides and even in Bio-printing of various tissues and organs. Those processes are still in research phase as it shall be the most critical and biggest leap to revolutionize the medical industry with one Council of Scientific and Industrial Research Lab. On an all 3D Printing will cater to innumerable problems which are not yet even identified due to its simplicity and uniqueness of method of manufacturing things,” said Global 3D Labs’ Manish Amin.

There is a vast range of uses and applications of these technologies that will ensure that 3D printing has great disruptive potential in the future, but in order to reach this stage, the industry as a whole needs to take action.

The medical industry has also already embraced additive manufacturing and is applying its uses to develop life-saving technologies.

The future for 3D is extremely promising, and the sales figures underpin the industry’s aspirations. Ultimately, in order to fully reach its greatest potential, the industry must focus on bringing efficient and easy-to-use machines to the wide range of industries who can make truly valuable use of them.