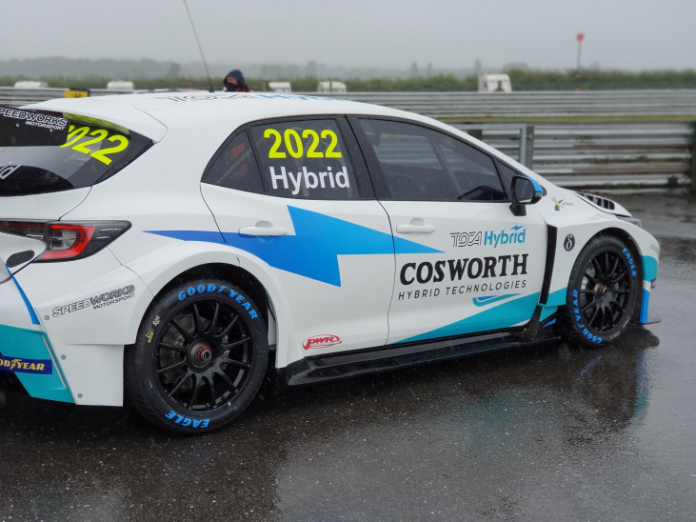 The high-profile British Touring Car Championship (BTCC) has been a tradition since 1958 and is a great spectacle of 30+ highly-engineered road cars battling to win. In 2022 the championship will add a new dimension and will become the world’s first major touring car championship to feature high-performance mild-hybrid vehicles.

The BTCC has specified that an electric motor can be used tactically by drivers to boost the internal combustion engine (ICE) performance and enhance vehicle acceleration.  This contract was awarded to Cosworth Electronics, which subcontracted this highly-specialized endeavour to Delta Motorsport.   Due to their multidisciplinary engineering reputation and expertise in electronics, Delta Motorsport agreed to design a new battery pack and associated electronics for the “tactical boost.”

The new 48V lithium-ion-based battery pack has an innovative intelligent power management and high-power-density DC-DC converter and regulation system. The battery pack powers the inverter-motor combination and also accepts regenerated power from it, while the high-power-density converter solution powers all the car’s electrical circuits and devices. The level of power density and power management achieved by this architecture allowed the alternator system to be removed, further improving weight, performance and reliability.

The system achieves compact size, light weight and high performance by utilizing a modular power delivery network (PDN) that incorporates the 48VDC power source that is fed to four DC-DC converters connected in parallel, which together supply regulated 13.8V power at up to 92 amps (approximately 1.2 kilowatts of power). The load is shared by the four converters, although it can be fully supported by just three, i.e., N+1, or aviation-level redundancy.

The hybrid system’s 3-phase brushless motor connects to the battery through a bidirectional inverter that routes battery power to the motor and regenerated power from the motor back to the battery.

The motor drives the vehicle in pure-EV mode (motor only, no ICE) during its initial, speed-limited journey down the pit lane, then in mild-hybrid mode (together with the ICE) when the driver demands a performance boost during the race.

The battery pack includes a battery management system that controls all the cell voltages and ensures that the battery handles the maximum possible charge and discharge voltages at all times while communicating with the motor-inverter controller. It continuously calculates and updates the controller on how much current the battery can supply or accept, based on its state of charge (SoC). Power demand must be reduced at a low SoC, while regeneration must be limited at a higher SoC.

The system also monitors the temperatures of all available cells in real time and feeds the results into the available power calculations. Additionally, it can open contactors to isolate the battery pack safely if a problem arises.

The battery management system supports data logging and diagnostics, to log the DC-DC converter’s performance. This is not only to check fault status but also to provide feedback on the exact amount of current being delivered on all vehicles.

The DC-DC converter power system uses four Vicor DCM3623 isolated, regulated DC-DC converter ChiP power modules to deliver a regulated 13.8V output from the battery pack with current levels up to 92 amps. Due to their low profile and small footprint, they are mounted in direct thermal contact with the micro-bore cooling plates that extend between the battery cells.

This was a critical advantage, as it was essential to devote maximum volume to the productive battery cells rather than on power electronics ‘overhead’. The DCM modules’ scalability and ease of paralleling enabled the modular power architecture, allowing Delta to customise the DC-DC PDN to the small footprint they needed without sacrificing power.

Delta Motorsport also used a Vicor PI3105, a small 60W isolated converter for an uninterruptable power supply (UPS), which supplies power to the battery pack electronics in order to maintain the safety systems when isolated from the vehicle power supply. The UPS also allows the electronics to be powered independently of the vehicle, enabling remote connection for systems checks. 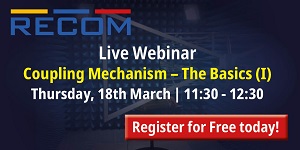 No Plans of an All Electric Vehicle Fleet by 2030: Government...