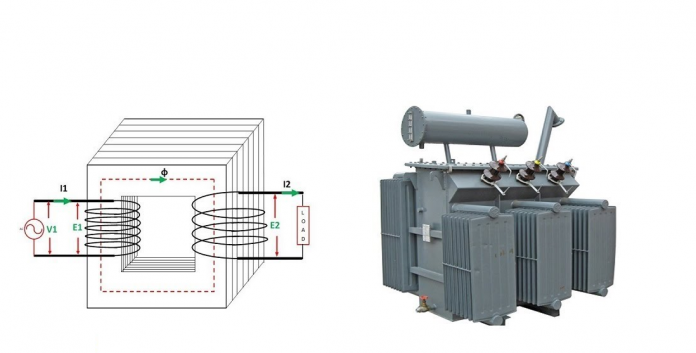 Transformer are capacitors which use a thin plastic film as the dielectric. This film is made extremely thin using a sophisticated film drawing process. Once the film is manufactured, it may be metallized or left untreated, depending on the needed properties of the capacitor. Electrodes are then added and the assembly is mounted into a case which protects it from environmental factors. They are used in many applications because of their stability, low inductance and low cost.

The working principle of a transformer is very simple. Mutual induction between two or more windings (also known as coils) allows for electrical energy to be transferred between circuits.

E.g.: Many cell phones, laptops, video games, and power tools and small appliances have a transformer built into their plug-in unit.