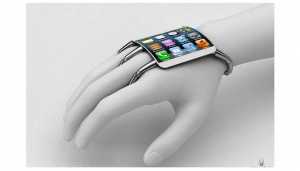 Wearable technology continues to capture the interest of consumers and is riding an upward trend, with close to 105 million wearables shipped in 2018, a year-on-year increase of 10%, according to the latest Wearable Technology market report from Futuresource Consulting.

James Manning Smith, Market Analyst and wearables expert at Futuresource, is presenting at the Wearable Technology Show at the Business Design Centre, London on 12 March, where he will explore some of the key drivers and market forecasts found in the report.

“Not only are shipments on the increase, but we’re also seeing a rise in the average selling price,” says Manning Smith. “As a result, last year’s global retail value exceeded $19 billion, equating to a 17% increase in value, outstripping the increase in shipments by some way. This price rise is largely thanks to increasing demand for smartwatches and a parallel stagnation of activity trackers and sports watches, plus a declining interest in basic fitness devices.”

Looking to the brands, Apple regained its position as the largest connected watch vendor during Q4, totalling 20 million Apple Watch shipments during the year, however in volume terms it has been challenged by Xiaomi throughout the year whom have gained in volume rankings during 2018. Fitbit and Fossil remain challengers to Apple’s dominance on the smartwatch market, with Fossil competing through offering a wide range of smartwatch styles and Fitbit competing on price, with its $200 Versa. In 2019, we expect vendors to benefit from a strong market for smartwatches, with tailwinds driven by replacement and upgrade purchases generating strong market growth.

Although the rate of growth will begin to decline from 2020, Futuresource expects growth to continue throughout the forecast period, with shipments expected to exceed 145 million units worldwide in 2022, achieving a retail value in excess of $27 billion. This will be driven predominantly by replacement sales and the ongoing uptake of smartwatches and wireless watches.

“A key question in the industry is at which point we will see wearable devices shift from being a fitness or mobile accessory, towards becoming a standalone device” says Manning Smith. “This is something I will be exploring in my presentation at the Wearable Technology Show in March”.

In addition to his presentation at the Future of Wearables at the Wearable Technology Show on 12 March, Manning Smith will also be in attendance at Mobile World Congress Barcelona in February, where he is a member of the judging panel for the GLOMOs, the GSMA global mobile awards.