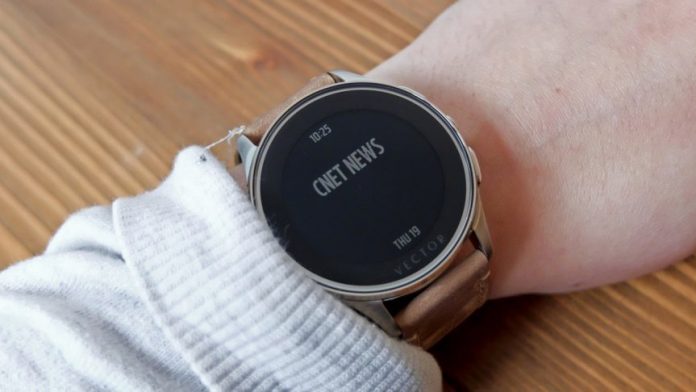 Well this is a relatively fast exit. In March last year a brand new smart watch brand appeared hoping to offer something different. Combining the incredible engineering talent in Central Europe’s Romania, with the the business smarts of London and former executives from Citizen watches, the Vector startup carved out a very credible slot in the ‘affordable luxury’ smart watch sector.

Only year later, Vector has been acquired for an undisclosed price by global wearable giant Fitbit. Founder and CTO Andrei Pitis confirmed that the company was acquired for its software platform and design team. This does not, therefor, signal a move into the luxury smart watch sector by Fitbit.

In a statement online the company says “we will start building other new and amazing products, features and experiences, incorporating our unique technology and knowhow with Fitbit’s experience and global community.”

Vector — a smartwatch with an e-ink LCD screen — broke the mold with a 30-day battery life and a smartphone control app which worked across iOS, Android and Windows phones. It also created its own smartwatch operating system, and released an API to developers, allowing them to create their own apps and faces for the watch. The watches themselves looked fantastic and the LCD screen even mimicked a real watch screen from a short distance. With a fully stainless steel case, hardened mineral glass and 50m water resistance, this was a very nice piece of kit. It also came in Rose Gold, Champagne Gold, Stainless Steel, Black Plated with leather, stainless steel or sport straps.

Launched by Pitis, and based out of Romania, Vector was in stealth for two years prior to launch last year, powered by only a $2 million seed round from the Gecad fund. Pitis was formerly an Angel investor in Clevertaxi and I-Rewind, and co-founder with Bogdan Iordache of Tech Angels and Innovation Labs in Bucharest. The was last year in the process of raising a Series A round of funding.

Pitis had assembled a crack team from the watch world which included Joe Santana (the former CEO of iconic watch brand Timex) and Steve Jarvis as design director, the former creative lead on projects with Timex and the Nike FuelBand. COO Ron Spencer was the former COO of Bulova, Fossil

Vector has said there will be no new products bearing the Vector name, but that existing products will continue to work, as will the software associated with it, although it will no longer be developed. It’s released an extensive FAQ about what will happen next for customers.