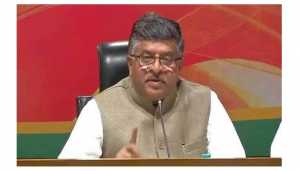 At Confederation of Indian Industry’s National Council Meeting, the Union Minister for Electronics and IT, Communications and Law and Justice, Ravi Shankar Prasad, said that a new data protection law has been finalised, and will be taken to the Cabinet for approval.

According to the new law, India may allow data mobility outside India only if the move is reciprocated by other countries, said information technology and telecom minister Ravi Shankar Prasad.

Prasad, who is also law and justice minister, however, cautioned that the country’s data sovereignty will be ‘non-negotiable’. “India will uphold its data sovereignty. That will not be negotiable. India is a huge country, generating a lot of data. I do acknowledge that some degree of data movement is important in a digital world, but that will be based upon reciprocity and understanding,” Prasad said.

He said India will look at issues of data anonymity and data vulnerability, which will be areas of dispute in the future, while emphasising on the importance of data security by both local and foreign agencies. “Data is going to become an important area of growth, commerce and vulnerable area of dispute.

Data protection law we have finalised. I will take it to the cabinet,” Prasad said. “I feel data anonymity should also be kept in focus. Anybody, Indian or international, seeking to indulge in data commerce will have to follow the rules of the game.”

He reiterated the government’s aim to make India a $1 trillion digital economy in the next four to five years. On India’s preparedness to deal with a US-China-like trade war, Prasad said the matter is a sensitive one and that “we must observe it closely, properly. Something good will come for India, because globally people trust India’s human resource, India’s open society, India as a country (has) great substance and sanctity.” Prasad said the country’s focus should now be on areas like software production, cybersecurity, ecommerce, electronics manufacturing and smart manufacturing, communication and data analytics amongst others.

He pointed out that India has moved ahead in electronic manufacturing. When he had taken over the ministry in his previous tenure, there were only two companies operating in this area which has now increased to 268 companies. More than 300 hospitals have been connected via e-hospitals, over 150 countries connected through e-Visa scheme.

His ministry has started the ‘digital village’ scheme, on which the minister stated We are going to establish 1 lakh digital villages which includes facilities like fibre optic based broadband connection, public wi-fi, computer centre, e-health and e-education services amongst others. On the progress made so far by the digital India initiative, he said BPOs and common service centers in villages are delivering great services. 240 BPOs are working across India in smaller cities and there is digital appetite everywhere. 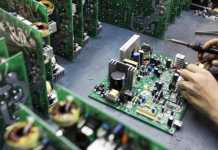 New Policy and Incentives on AI in-draft by NITI Aayog