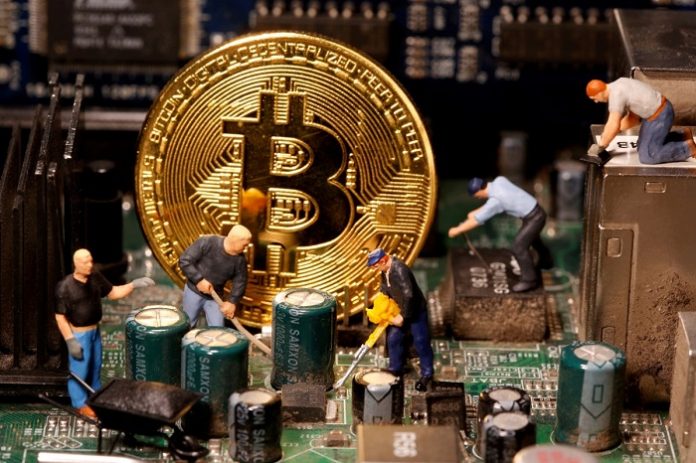 The race to find new bitcoins — one unit was worth more than $47,000 following a stellar rise this year — means the mining computers’ processing power soon becomes obsolete.

Mining for bitcoin generates substantial electronic waste that “represents a growing threat to the environment”, according to a recent study.

the average life cycle of the powerful computers used to unearth the units of the world’s leading cryptocurrency was only 1.3 years. The researcher noted that this was “extremely short compared to any” other electronic devices such as iPhones.

At 30,700 tonnes, the amount of electronic waste generated by bitcoin mining in the 12 months to May was “comparable to the amount of small IT and telecommunication equipment waste produced by a country like the Netherlands”, the report said.

The race to find new bitcoins — one unit was worth more than $47,000 following a stellar rise this year — means the mining computers’ processing power soon becomes obsolete.

And the more bitcoin is worth, the larger the amount of electronic waste, according to sources.

Researchers work as an economist at the Dutch central bank, while the report’s researcher is from the Massachusetts Institute of Technology.

Despite the high amount of waste, it remains a fraction of the global total from throwing away electronic devices, which stood at 53.6 million tonnes last year.