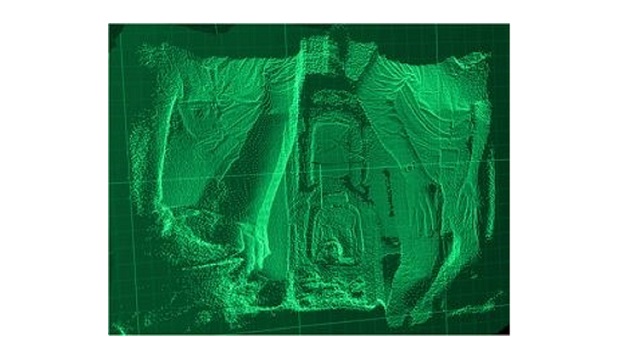 Belgian chip firm Melexis has upgraded its optical time-of-flight sensor, effectively a multi-pixel light-based radar, for in-vehicle use. The new device, the AEC-Q100 qualified MLX75024 has the same 320 x 240 (QVGA) resolution as the firm’s previous offering, but with twice the sensitivity and half the power consumption.

The sensitivity increase “allows it to operate in lower light levels or reduce the illumination power required by at least 30%”, said the firm. “Reduction in current consumption and the resulting lower heat generation allows the design of more compact cameras.”

Selectable gain has been added, allowing illumination power, accuracy and ambient light robustness to be traded, and an on-chip temperature sensor has been added. It will work with both 850nm and 940nm light sources.

The system works by firing a burst of pulses at the scene from a laser or LED, then using quadrature phase detection on the output from the pixels of the image sensor to determine range.

The above part is the high-speed image sensor, to which has to be added a decoding chip, and to support the MLX75024 QVGA has been created the MLX75123BA time-of-flight companion chip, claimed to offer a three-fold improvement in front-end noise over its predecessor.

“The companion chip is used to configure parameters such as pixel gain, and now supports pixel binning to simplify hardware and software for lower resolution applications,” said Melexis. “Additionally, the MLX75123BA can support two MLX75024 sensors at the same time.”

An evaluation kit (EVK75024) is also available. In the pipeline is a VGA sensor, based around a 13mm 640 x 480 backside illuminated sensor, initial sampling to automotive customers is scheduled for early 2019, together with the release of its evaluation kit.