The Hidden Culprit Killing Lithium-metal Batteries From the Inside 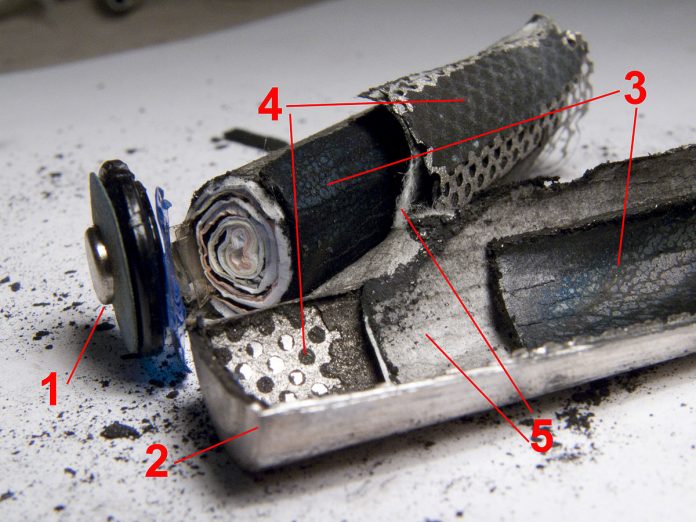 For decades, scientists have tried to make reliable lithium-metal batteries. These high-performance storage cells hold 50% more energy than their prolific, lithium-ion cousins, but higher failure rates and safety problems like fires and explosions have crippled commercialization efforts. Researchers have hypothesized why the devices fail, but direct evidence has been sparse.

The team repeatedly charged and discharged lithium coin cells with the same high-intensity electric current that electric vehicles need to charge. Some cells went through a few cycles, while others went through more than a hundred cycles. Then, the cells were shipped to Thermo Fisher Scientific in Hillsboro, Oregon, for analysis.

When the team reviewed images of the batteries’ insides, they expected to find needle-shaped deposits of lithium spanning the battery. Most battery researchers think that a lithium spike forms after repetitive cycling and that it punches through a plastic separator between the anode and the cathode, forming a bridge that causes a short. But lithium is a soft metal, so scientists have not understood how it could get through the separator.

Harrison’s team found a surprising second culprit: a hard buildup formed as a byproduct of the battery’s internal chemical reactions. Every time the battery recharged, the byproduct, called solid electrolyte interphase, grew. Capping the lithium, it tore holes in the separator, creating openings for metal deposits to spread and form a short. Together, the lithium deposits and the byproduct were much more destructive than previously believed, acting less like a needle and more like a snowplow.

“The separator is completely shredded,” researcher said, adding that this mechanism has only been observed under fast charging rates needed for electric vehicle technologies, but not slower charging rates.

As Sandia scientists think about how to modify separator materials, researcher says that further research also will be needed to reduce the formation of byproducts.

Determining cause-of-death for a coin battery is surprisingly difficult. The trouble comes from its stainless-steel casing. The metal shell limits what diagnostics, like X-rays, can see from the outside, while removing parts of the cell for analysis rips apart the battery’s layers and distorts whatever evidence might be inside.

“We have different tools that can study different components of a battery, but really we haven’t had a tool that can resolve everything in one image,” researcher said.

Researcher and it’s collaborators used a microscope that has a laser to mill through a battery’s outer casing. They paired it with a sample holder that keeps the cell’s liquid electrolyte frozen at temperatures between minus 148 and minus 184 degrees Fahrenheit (minus 100 and minus 120 degrees Celsius, respectively). The laser creates an opening just large enough for a narrow electron beam to enter and bounce back onto a detector, delivering a high-resolution image of the battery’s internal cross section with enough detail to distinguish the different materials.

The original demonstration instrument, which was the only such tool in the United States at the time, was built and still resides at a Thermo Fisher Scientific laboratory in Oregon. An updated duplicate now resides at Sandia. The tool will be used broadly across Sandia to help solve many materials and failure-analysis problems.