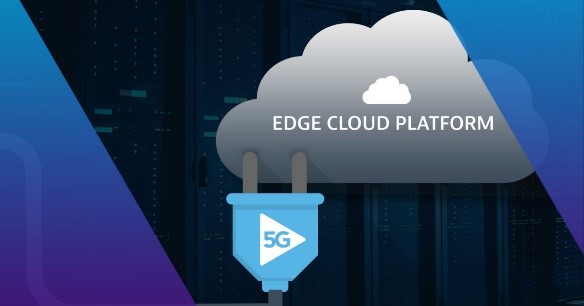 5G is here, and with it the promise of a range of new use cases that rely on ultra-low latency and ultra-reliable networks. In order to be able deliver on these performance requirements, networks are pushing processing power closer to the end users, to the edge of the network. This can facilitate a more granular allocation of network resources – network slicing – to help support new use cases and their different performance requirements.

In order to support telcos moving infrastructure to the edge, they are partnering with major cloud players that can help them scale their edge footprints and deliver services closer to end users.

The User Plane Function (UPF) is a fundamental component of a 3GPP 5G core infrastructure, responsible for packet routing and forwarding, QoS handling, and external PDU sessions for the Data Network. Crucially, the UPF represents the data plane evolution of a Control and User Plane Separation (CUPS) strategy.

CUPS decouples Packet Gateway (PGW) control and user plane functions, enabling the forwarding component (PGW-U) to be de-centralised and moved to the edge of the network. This allows packet processing and traffic aggregation to happen closer to the user, for the first time. This can help telcos achieve low latency and better performance, to support the new 5G use cases.

As telcos look to shift this infrastructure to the edge, they need the cloud infrastructure in which to host this, and other key 5G software. This is why telecoms and hyperscaler convergence is happening at such a rapid rate.

Hyperscaler and Telco conversion – the Edgenomics

There is a strong argument to be made that the full benefits of 5G aren’t possible without edge assets. In a recent Telecom TV podcast, this has been referred to as ‘edgenomics’: the relationship and dependency on the edge connectivity to support the 5G business case. Edgenomics relies on the ability to create cloud resources nearer to the end user. As we discussed previously, 5G relies on ultra-low latency and ultra-reliability, which are very difficult to achieve without the edge cloud. Hosting computing at the edge will also save telcos the costs on upstream and downstream connectivity to the core network.

It is therefore only natural that the hyperscalers – the biggest cloud players in the world – will have a big role to play in the telco edge. Telecoms networks are now increasingly opening up to the cloud, and much of the processing within networks can happen within a data center environment. The RAN has always been the most hardware centric part of the network. But initiatives like OpenRAN are helping to introduce more software into the physical network. OpenRAN now enables baseband processing to run in a server, which could be hosted in a hyperscaler environment.

The hyperscalers have quickly maneuvered to support telco edge connectivity ambition, offering edge computer and storage nodes that the telcos can plug into. They are now launching their own edge cloud services, designed to support telco 5G core infrastructure, and not a week seems to go by without a new tie-up deployment announced:

The hyperscalers are also acquiring and partnering with telecom vendors (both traditional and new entrants) that can help them support telco services in their cloud infrastructures:

What is clear is that telcos now have a number of options for how they can scale out and support their cloud-native 5G core infrastructure, at the edge.

Of course, moving 5G core to the edge, and into a mixture of public and private cloud infrastructure won’t be without its challenges. Telcos need to validate this network infrastructure and need a reliable partner to help them prove that it can deliver on the high-performance benefits of 5G SA networks.  A 5G core network infrastructure, which will extend to the edge of the network, will have to handle extremely latency-sensitive traffic, and therefore need to be validated to ensure that it can do this effectively.

The burden of the testing is still on the service provider, as the hyperscalers will provide the infrastructure, the virtual platform processing and the benchmarks figures to deliver services. The service provider’s role is to make sure what the hyperscalers provide is up to scratch. This is especially the case when it comes to network slicing. For network slicing to be able to deliver the promised SLAs for different services, the infrastructure will require very rigorous testing.

The expert in core and edge testing

VIAVI’s TeraVM has for years been used by operators looking to quickly and easily test their networks. TeraVM is agnostic to the hypervisors and hardware platforms on which the public or private cloud platforms are built. As such, TeraVM RANtoCore can now run on AWS – and we’re currently supporting a major telco player to test its 5G core network on AWS prior to launch.

Using TeraVM, operators can build an elastic test bed that can be scaled across multiple test locations – this will be key as operators begin testing core elements across a number of disaggregated cloud locations. It is the ideal solution for service providers as they look to roll out 5G core networks across both public and private cloud environments.