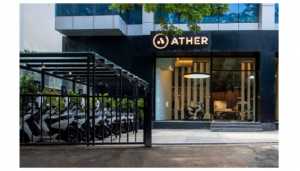 Bengaluru-based electric vehicle company Ather will set up its two-wheeler factory and battery pack making unit in Hosur along the Tamil Nadu-Karnataka border, state chief minister Edappadi K Palaniswami revealed at an investment and skill development conclave in the city.

The investment to be committed by Ather would be Rs around Rs 635 crore and estimated to create 4300 jobs. A mail has been sent to Ather with queries about the period over which the investments would be committed.

Chief Minister Palaniswami also announced a slew of other investments totalling Rs 5,027 crore roped in by the Tamil Nadu Investment Promotion and Guidance Bureau: the Indian subsidiary of Chinese electric vehicle company BYD Group China is returning to Tamil Nadu to manufacture phone components with an investment of Rs 694 crore; earlier it was present in the state’s electronics manufacturing corridor near Chennai.

Speaking about the efforts of his government to leverage Tamil Nadu’s position as an industrial powerhouse, Palaniswami said 53 deals signed with corporates in the Global Investors Meet 2019 in January have reached the stage of commercial production. Chief Minister Edappadi K Palaniswami spoke about Finnish company Salcomp buying the Nokia factory inside the Nokia Telecom SEZ, and Foxconn restarting production at its unit inside the SEZ. Foxconn has restarted manufacturing activity inside the 212-acre SEZ.

Palaniswami also announced a memorandum of Understanding with the DRDO for defence technologies and systems and an MoU with Defence tech company Data Patterns for manufacture of radar and communication technology systems.

According to a PIB release in July this year, the Ordinance Factory Board, Defence Public Sector Units and private industries have committed to invest Rs 3100 crore in the Tamil Nadu defence corridor–a string factories for defence-related production.