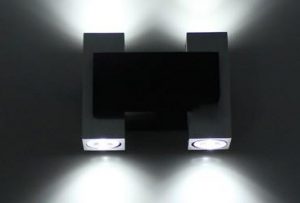 The topic of smart solid-state lighting (SSL) systems is red-hot in applications ranging from residential lamps to smart cities, but in residential and even commercial applications, the possibility remains that such technology can waste energy in the form of standby power. The IEA (International Energy Agency) 4E SSL Annex has issued a report focused specifically on smart LED lamps that reveals early results of the organization’s look into standby power. Smart lamps must remain powered on at a very low level to be able to respond to commands issued over a wireless network. Some government regulators and environmental activists are concerned that the wasted standby power can erase the energy efficient advantages of LED lighting.

“Policy-makers who are looking at lighting products are concerned that these smart lamps may end up creating new, high levels of standby power consumption in households.” said Peter Bennich, chairman of the SSL Annex’s Management Committee and representative of the Swedish Energy Agency. “We are concerned that these smart features will offset some of the energy-efficiency gains from switching to LED technology.”

The initial report released by the SSL Annex covers early learnings in a research study on the topic. The fact is that smart lamps vary tremendously in standby power. The SSL Annex said the products it studied varied from 0.15W to 2.7W. Moreover, average numbers indicate that some attention should be paid to the issue. Average standby energy consumption per day totaled 51% of the amount of energy that the average lamps consumed in one hour of powered-on usage. The report says that efficacy with standby power considered ranges from 9 to 51 lm/W, meaning that some of the products perform worse than legacy incandescent lamps.

If you consider the same scenario relative to lamps being powered on two hours per day, the numbers get better. Standby energy use represents 35% of the total and realized efficacy ranges from 16 to 64 lm/W.

The SSL Annex is also studying other factors relative to smart lighting in the home. For example, many of the smart lamp products use wireless networks such as ZigBee, 6LoWPAN (IPv6 over Low power Wireless Personal Area Network), and Z-Wave, and those wireless networks require a dedicated gateway or bridge that also utilizes power. Of course, if the industry coalesces on one of those standards, then support for that network would likely be integrated into home network products such as Wi-Fi routers that are going to be in use in any event.

And speaking of networking standards, the SSL Annex is studying the options. The report said lack of interoperability could derail the smart lighting movement in the home. You can download the full report at the SSL Annex website. The SSL Annex is an organization working at the regional and national levels attempting to solve roadblocks to the adoption and optimum usage of LED lighting. It was formed by countries with a major stake in SSL adoption including the US, Korea, France, the UK, and Australia among others.

Some key initiatives undertaken by the SSL Annex have included the interlaboratory comparison it performed with regards to photometry of SSL products back in 2012. And in 2014, the SSL Annex published several reports on the impact of LED lighting and human health. 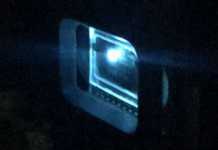