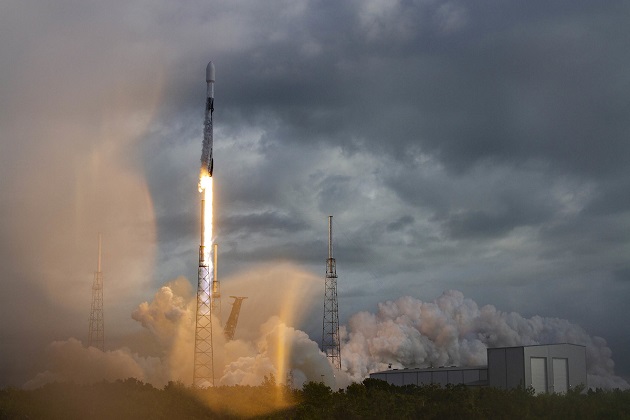 Creating another record, SpaceX launched the very first of its dedicated rideshare missions– Falcon 9 carrying a total of 143 satellites into space. Falcon 9, which allows small satellite operators to book a portion of a payload on the launch, lifted off on January 24, at around 10 AM EST (7 AM PST), holding the first Starlink satellite fleet of 2021. The Starlink satellites onboard will also be the first in the constellation to deploy to a polar orbit, as per the American space company.

According to SpaceX, Falcon 9 flying today holds a total of 143 satellites, breaking the record of the highest number of satellites being launched on a single rocket, once held by the Indian Space Research Organization’s PSLV-C37 which carried a payload of 104 spacecraft in February 2017.

As per the latest by SpaceX, Falcon 9’s first stage has landed on the Of Course I Still Love You drone ship and its deployment sequence has begun. Rideshare customers’ deployment has also been confirmed. Earlier, the launch was scheduled for Monday (January 18) at around 8:45 a.m. EST (1345 GMT), however, it had to be cancelled due to bad weather.