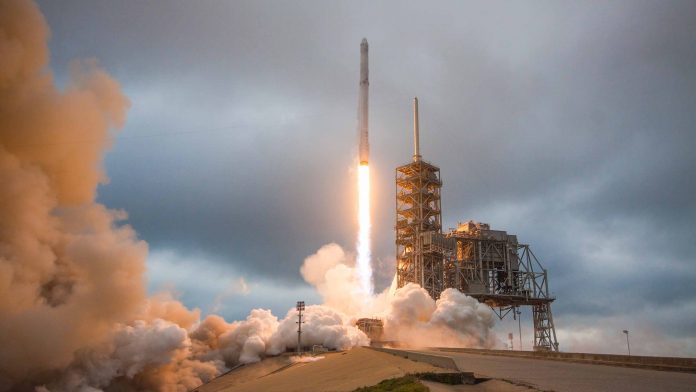 After more than two years of landing its rockets after launch, SpaceX finally sent one of its used Falcon 9s back into space. The rocket took off from Cape Canaveral, Florida, on March 30, 2017, sending a communications satellite into orbit, and then landed on one of SpaceX’s drone ships floating in the Atlantic Ocean. It was round two for this particular rocket, which already launched and landed during a mission in April of last year. But the Falcon 9’s relaunch marks the first time an orbital rocket has launched to space for a second time.

SpaceX CEO Elon Musk appeared on the company’s live stream shortly after the landing and spoke about the accomplishment. “It means you can fly and refly an orbital class booster, which is the most expensive part of the rocket. This is going to be, ultimately, a huge revolution in spaceflight,” he said.

The evening’s mission was a critical milestone for SpaceX, which has been working to make its rockets partially reusable since as early as 2011. Up until now, practically all orbital rockets have been expendable, so they’re basically thrown away once they launch into space. That means an entirely new rocket — which can cost tens to hundreds of millions of dollars to make — has to be built for each mission to orbit. SpaceX’s strategy has been to land its rockets after launch in an effort to fly them again and again. That way the company can partially save on manufacturing costs for each mission.

SpaceX doesn’t save the entire Falcon 9 rocket after each launch though. It saves the first stage — the 14-story core of the Falcon 9 that contains the main engines and most of the fuel needed for launch. About a few minutes after takeoff, the first stage separates from the top of the rocket and makes a controlled descent back to Earth — either landing on solid ground or on one of the company’s autonomous drone ships in the ocean. Prior to this launch, SpaceX had attempted 13 of these rocket landings and eight vehicles had successfully stuck the touchdown. But as SpaceX slowly acquired a growing stockpile of recovered rockets these last two years, the company had yet to actually reuse one of these vehicles.

Now with this launch, SpaceX has proven that part of a used Falcon 9 can successfully launch to space again. And the fact that the vehicle successfully returned to Earth in one piece means that the rocket is poised to launch for a third time. Now SpaceX can boast nine successful rocket landings, as well as a Falcon 9 that has gone to and from space two times now.

“It’s been 15 years to get to this point, it’s taken us a long time,” Musk said. “A lot of difficult steps along the way, but I’m just incredibly proud of the SpaceX for being able to achieve this incredible milestone in the history of space.”