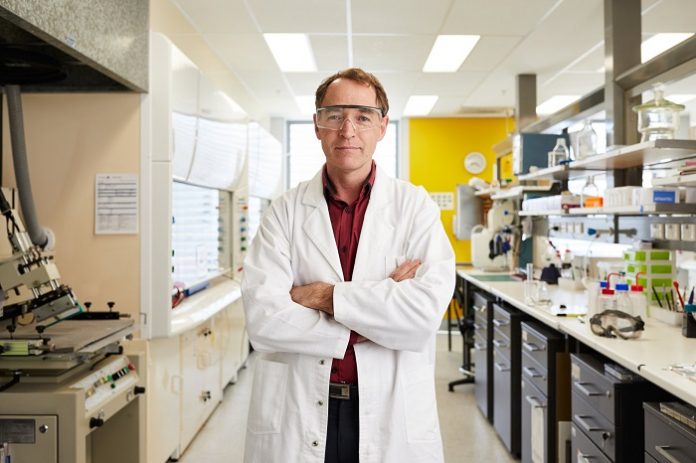 University of Wollongong (UOW) researchers have mimicked the supercoiling properties of DNA to develop a new type of artificial muscle for use in miniature robot applications.

One of the challenges to the miniaturization of robotics technology, such as developing micro-tools for remote robotic surgery, is that conventional mechanical drive systems (or “actuators”) are difficult to downsize without loss of performance. Artificial muscles that generate large and reversible movement, high mechanical work output, respond quickly, and last for millions of cycles would be ideally suited for miniature machines.

The miniaturization of robotic devices will have many applications, but the main challenge is how to generate powerful movement and forces in tiny devices.

Electric motors are simply too complicated to downsize, so we look to artificial muscles to provide compact mechanical actuation.

Arrays of miniature artificial muscles could be combined to fabricate advanced prosthetics and wearable devices to help people move when they have a physical disability or injury. Tiny actuators can also be incorporated into tools for non-invasive surgery and micro-manipulators in the industry.

The inspiration for this new type of artificial muscle came from nature. To pack into the cell nucleus, DNA must contract by more than 1000 times, in part via a process called supercoiling.

This work describes a new type of artificial muscle that mimics the way that DNA molecules collapse when packing into the cell nucleus.

The Team was able to create DNA-like unwinding by swelling twisted fibers. Supercoiling occurred when the fiber ends were blocked against rotation. We show that these new artificial muscles generate a large amount of mechanical work.

The research team optimized the fibers through modeling to maximize stroke and work output and downsized the fibers to decrease their response time. They then successfully trialed the new muscles on possible applications, including micro-scissors and micro-tweezers.

Seeing what happens in the natural world and being able to mimic those actions in a synthetic system is very interesting. We have learned that forming fiber composites where the fiber is wound into a helix provides a convenient way to store and release mechanical energy. There are many examples of these kinds of helical composites in nature, from DNA molecules to plant tendrils. These systems offer exciting prospects for future developments.

The action of the new muscles is quite slow, limiting their application at present, so the next challenge is to speed up the response. We have used hydrogels to generate the volume changes that drive the supercoiling but that response is inherently slow.

The speed can be increased by making smaller diameter fibers, but right now, the applications are limited to those that need a slower response. Developing faster supercoiling muscles would open up further applications. They hope that others will explore different means for generating a volume change—such as by electrical heating—that can lead to a faster response.