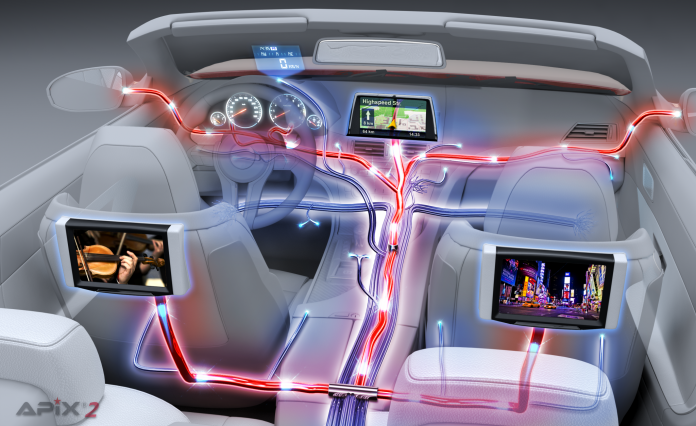 Samsung Electronics and SK hynix are expected to engage in the automotive semiconductor industry in earnest as the global market is expected to grow 7.1 percent annually by 2020.

Samsung Electronics said last month that it signed a chipset supply contract with German carmaker Audi to supply its “Exynos” processor that is used in car infotainment systems operating a vehicle’s audio, video and navigation devices.

“The deal will help Audi build an ideal infotainment system for its new cars,” said a Samsung official.

The world’s largest chipmaker’s latest move follows the November announcement of a plan to acquire U.S. car infotainment and audio company Harman in an all-cash transaction, valued at about $8 billion. The deal, which is expected to be concluded this year, could gain a profound foothold for Samsung in the automotive electrical systems industry.

“SK hynix is focusing its core competencies on ADAS and self-driving technologies as the company’s future growth engines,” said an SK hynix official.

An industry insider said the chipset makers have yet to establish or look for any partnerships with domestic automakers, but it is “not entirely impossible” to see such cooperation in the future.

“For now, we basically develop and produce almost every part by ourselves, but I wouldn’t say it will be totally impossible to see such cooperative relationships in the future since they do have differentiated technologies in chipsets.”

According to U.S.-based technology research firm Gartner, Sunday, the projected global market size for automotive chips could reach $42.4 billion by 2020 from $32.3 billion last year. The growth rate is nearly double the anticipated growth rate for the overall semiconductor market, which is expected to grow 3.7 percent annually to reach $393.3 billion by 2020.

Another industry analyst, IHS Markit, is focused on the growth of the global market for chipsets used in ADAS.

“However, ADAS is forecast to see the fastest growth in automotive chipset domains, which is expected to enjoy approximately 16 percent growth from 2015 to 2022. It will see a rapid increase in the number of sensors, cameras and interconnectivity systems in cars.”