Robotics : Technology more than a Machine 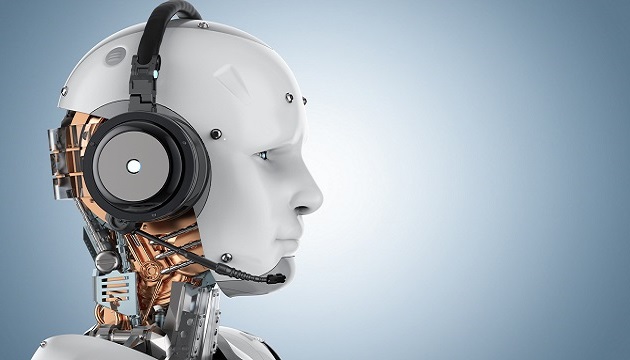 Robotics is a disruptive technology in a nutshell. Scientists and engineers have worked a lot on Robotics, but there is a lot more to witness about the Robotics Technology. India, taking into consideration, has started innovating robots using different applications.

Robotics is an extension of technology dealing with the design, construction, operation and application of robots, as well as computer systems for their control, sensory feedback, and information processing. Robotics Technologies cater to the automated machines, which can take place of the humans in dangerous environments or manufacturing processes, or resemble humans in appearance, behavior and cognition.

When celebrating the foundation of Advances in Robotics and Automation, we are also thinking over how to get rapidly increasing reputation for this new journal. At the same time, we also note a mushroom growth of open access journals in different scientific fields. ARA must have some unique features to distinguish itself from others.

Robotics and the World of Artificial Intelligence

Artificial Intelligence (AI) is a general term that implies the use of a computer to model and replicate intelligent behavior. Research in AI focuses on the development and analysis of algorithms that learn and perform intelligent behavior with minimal human intervention.

These techniques have been and continue to be applied to a broad range of problems that arise in robotics, e-commerce, medical diagnosis, gaming, mathematics, and military planning and logistics, to name a few. Several research groups fall under the general umbrella of AI in the department, but are disciplines in their own right, including, robotics, natural language processing (NLP), computer vision, computational biology, and e-commerce.

Robotics is a broad field and everyday there is a pioneering invention in the field. Robots were invented by the humans just for fun but by now they are used for assisting humans in various sectors. Human beings are better suitable for multifaceted, imaginative, adaptive jobs, and robots are good for dreary, recurring tasks, permitting human beings to do the harder thinking jobs, whereas a robot is employed for substituting humans for various recurring tasks or entertainment to make living more expedient.

Currently, robots perform a number of different jobs in numerous fields and the amount of tasks delegated to robots is rising progressively. The best way to split robots into types is a partition by their application.

Robotics is an area of interest to human beings for more than one hundred years. On the other hand, our perception over robots is influenced by the media and international film industry (Hollywood). A robot’s distinctiveness transforms depending on the atmosphere it works in. Some of these are as follows:- 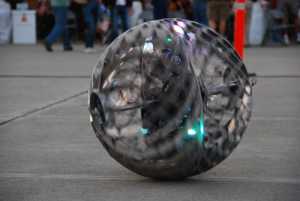 For simplicity, most mobile robots have four wheels or a number of continuous tracks. Some researchers have tried to create more complex wheeled robots with only one or two wheels. These can have certain advantages such as greater efficiency and reduced parts, as well as allowing a robot to navigate in confined places that a four-wheeled robot would not be able to. 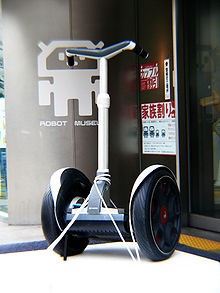 Balancing robots generally use a gyroscope to detect how much a robot is falling and then drive the wheels proportionally in the same direction, to counterbalance the fall at hundreds of times per second, based on the dynamics of an inverted pendulum.Many different balancing robots have been designed.While the Segway is not commonly thought of as a robot, it can be thought of as a component of a robot, when used as such Segway refer to them as RMP (Robotic Mobility Platform). An example of this use has been as NASA’s Robonaut that has been mounted on a Segway. 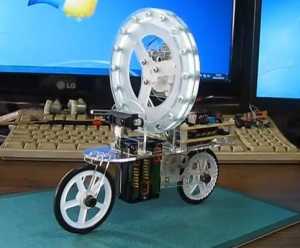 Several attempts have been made in robots that are completely inside a spherical ball, either by spinning a weight inside the ball, or by rotating the outer shells of the sphere.  These have also been referred to as an orb bot or a ball bot.

Using six wheels instead of four wheels can give better traction or grip in outdoor terrain such as on rocky dirt or grass.

Tank tracks provide even more traction than a six-wheeled robot. Tracked wheels behave as if they were made of hundreds of wheels, therefore are very common for outdoor and military robots, where the robot must drive on very rough terrain. However, they are difficult to use indoors such as on carpets and smooth floors. Examples include NASA’s Urban Robot “Urbie”. 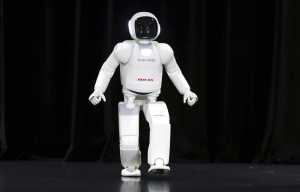 Walking is a difficult and dynamic problem to solve. Several robots have been made which can walk reliably on two legs, however, none have yet been made which are as robust as a human. Many other robots have been built that walk on more than two legs, due to these robots being significantly easier to construct. Walking robots can be used for uneven terrains, which would provide better mobility and energy efficiency than other locomotion methods. Hybrids too have been proposed in movies such as I, Robot, where they walk on two legs and switch to four (arms+legs) when going to a sprint. Typically, robots on two legs can walk well on flat floors and can occasionally walk up stairs. None can walk over rocky, uneven terrain.

Opportunities, Challenges, and the Future of Robotics in India

Robots are quickly moving out of controlled environments into homes and public spaces. In fact, researchers are also developing artificial intelligence systems that will allow robots to make decisions autonomously.

With the advancement of science and technology in India, robotics is entering the industrial space rapidly. As entrepreneurship opportunities and employment are opening up for tech enthusiasts who desire to enter this growing and exciting field, future of robotics in India seems bright and promising. India, like the rest of the world, has understood that skill, speed, accuracy, and consistency of robots are unmatched by humans.

Robotic technologies are extensively used across a range of sectors such as atomic energy, space, metals, textiles, automotive, and manufacturing industries. Besides, health sector in India has also initiated the use of robotic technology widely in operation theatres and even in rehabilitation centers to augment the quality of life.

Robotics has proved to be a growing field and many avenues have opened in recent past. Many experts believe that robotics is best suited for industrial automation which includes manufacturing, packaging, and assembling. In fact, robotics and automation have the potential to revolutionize the industrial scenario by promising to bring the same result as computer systems have brought in services and other sectors.

Robotics in automation sector has proved to improve productivity, safety as well as the quality of the end product while allowing the human operators to take up more value-added roles. In fact, the effects of robots replacing jobs in large numbers are already felt. Over a period of three years, the Indian textile giant Raymond replaced nearly 10,000 jobs. In another instance, executives of Grey Orange, a home-grown warehouse robotics company, believe that the ‘Butler’ robots can pick up nearly 600 items an hour as against human worker who can manage to pick up to close to 100 items. Furthermore, the ‘Sorter’ robots manufactured by Grey Orange company can automatically scans and sort packages in the warehouses of e-commerce and logistics giants like Jabong, Flipkart, and DTDC.

There are many challenges that India must overcome before it is considered as a go-to destination for robotics. One of the biggest challenges is cost and procurement of the required hardware and other electronic components to build a robot. Due to the extensive paperwork involved in importing hardware components into the country, not many commercial applications are ready to enter the market.

Additionally, acquiring and retaining quality talent is one of the biggest challenges, as robotics is a multidisciplinary field. Another major challenge is that SME customers expect visible ROI prior to proactively adopting robotics.

Robotics is mainly capturing industries like manufacturing, pharmaceutical, packaging, FMCG, and inspection. The other promising sectors include education and defense. There is no doubt that robotics technologies are all set to change the way things are done in the industries in which they are being implemented. Experts believe that in the near future it is inevitable that robotics will become an essential aspect of various sectors.

At the forefront of India’s manufacturing process would be the companies with advanced and innovative automation technologies. The increasing emphasis on the new initiative, “Make in India”, will shoot up the demand for robotics technology. The need for meeting global manufacturing standards and huge opportunities for foreign players will be definitely witnessed shortly by Indian robotics industry.