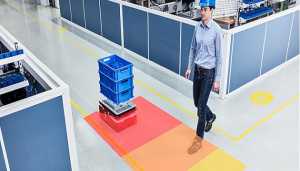 According to the analytical research study performed on safety sensors and switches, the global market is projected to expand at a meteoric rate to register a value CAGR of 10.7% throughout the period of assessment, 2017-2025. In 2017, the global market for safety sensors and switches was valued at around US$ 13.8 Bn and is estimated to touch a valuation higher than US$ 30 Bn by the end of the period of forecast.

Industry 4.0 to Potentially Influence the Adoption of Safety Sensors and Switches in the Years to Come

The fourth industrial revolution, Industry 4.0, aims at factory automation which removes human intervention. Autonomous robotics and sensors technology is expected to be implemented in industries by the end of 2025. The use of robots in the production line of the manufacturing sector would give a significant boost to the use of sensors and switches. These sensors are used to monitor the functioning of robots and machines thus ensuring effective production with reduced errors and increasing profit margins. Several countries are opting for automation across various industries implementing Industry 4.0 concept. Moreover, they are looking forward to levy strict regulations related to safety in industries and commercial spaces with a view to avoid loss and damage to the property or life under any circumstance. The growing industrial revolution has thus presented potential growth opportunities for safety sensors and switches market at a global level.

Emerging economies in Asia Pacific such as China and India are witnessing a huge drift towards rapid urbanization coupled with increasing consumer disposable incomes. This has triggered the demand for emergency stop controls, pressure sensing sensors and devices and other safety devices across various industries. Several projects in this region are encouraging advancements in the manufacturing sector. For instance, the “Make in India” projects has encouraged manufacturing sector to grow at a rapid pace by implementing automation across various end use industries and also imposing strict safety regulations. This has given an accelerated push to the adoption of safety sensors and switches in Asia Pacific.

Industrial automation in Asia Pacific is at its peak in countries such as Japan, China and South Korea. Other emerging counties such as India, Singapore, Malaysia, Thailand and Vietnam are also witnessing increasing trends of automation across various sectors. For instance, Digital India Campaign in India is a potential trend that is influencing the growth in use of safety sensors and switches. In addition, the concept of connected cities or smart cities is burgeoning in various developing countries. This has triggered the extreme use of safety sensors and switches in the region.

Competitive Landscape of the Global Safety Sensors and Switches Market

Efficient, reliable and safe drive technology for airports to be portrayed...