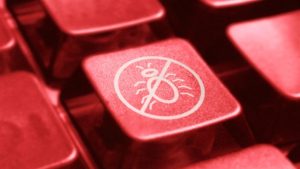 “The security industry faces critical challenges in our efforts to share threat intelligence between entities, among vendor solutions, and even within vendor portfolios,” said Vincent Weafer, Vice President of McAfee Labs. “Working together is power. Addressing these challenges will determine the effectiveness of cybersecurity teams to automate detection and orchestrate responses, and ultimately tip the cybersecurity balance in favor of defenders.”

To move threat intelligence sharing to the next level of efficiency and eﬀectiveness, McAfee Labs suggests focusing on three areas:

“Increasingly sophisticated attackers are evading discrete defense systems, and siloed systems let in threats that have been stopped elsewhere because they do not share information,” Weafer continued. “Threat intelligence sharing enables us to learn from each other’s experiences, gaining insight based on multiple attributes that build a more complete picture of the context of cyber events.”