Protecting Sensitive Data: The Death of an SMB 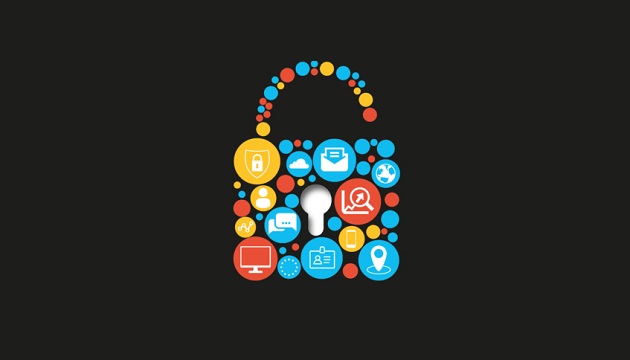 90% of small businesses lack any type of data protection for their company and customer information.

Due to this lack of care, 61% of data breach victims are specifically small businesses according to service provider Verizon’s 2018 Data Breach Investigations.

Although large corporations garner the most attention in mainstream headlines, small and mid-sized businesses (SMB) are increasingly attractive to hackers because of the combination of valuable records and lack of security protections. The high priority of sensitive data protection should not be limited to large companies but for organizations of all sizes.

While large corporations house large amounts of data, they are also capable of supporting their data center with the respective necessary protections. The combination of lacking security resources while maintaining sensitive personal information is what makes smaller-sized businesses the perfect targets for attackers. Hackers aren’t simply looking at how much information they can gather, but at the ease of access to that data – an area where SMB’s are largely deficient.

The bad publicity and dark connotation that data breaches hold create a survive-or-die situation for SMBs, but there are ways SMBs can mitigate the threat despite limited resources – and they exist in the cloud.

The Struggle to Survive

Because of their smaller stature as a company, most SMBs struggle with the ability to manage cybersecurity protections and mitigation of attacks – especially data breaches. In fact, financial services company UPS Capital found that 60% of smaller businesses fall out of business within six months after a cyberattack. Unlike business giants, SMBs cannot afford the financial hit of data breaches.

Security and privacy of sensitive data is a trending hot topic in today’s society, becoming more of an influence on customers’ purchase decisions. Customers are willing to pay more for provided security protections. Auditor giant KPMG reports that for mobile service providers alone, consumers would not hesitate to switch carriers if one provided better security than the other, as long as pricing is competitive or even for a moderate premium.

Many SMBs tend to prioritize their business over cybersecurity because of the false belief that attackers would go after large companies first. Research Center Ponemon Institute reports that 51% of its survey respondents say their company believes they are too small to be targeted. For businesses that do invest in cybersecurity, they narrowly focus on anti-virus solutions and neglect other types of attacks such as DDoS, malware, and system exploit that intrusion detection systems can protect from.

Auto dealerships, for example, are typically family-owned and operated businesses, valued at $4 million USD, with typically an average of 15-20 employees overall. Because of its size, of that number of employees there is typically only one employee that manages the IT responsibilities. Dealerships attempt to satisfy the need of security protection with this employee that has relevant certifications and experience; they are equipped with resources to support their day-to-day tasks, but not to manage high-level attacks and threats. Ponemon Institute’s research reports that 73% of its respondents believe they are unable to achieve full effective IT security because of insufficient personnel.

A study conducted by news publication Automotive News found that 33% of consumers lack confidence in the security protection of sensitive data at dealerships. The seriousness of cybersecurity protection, however, should not correlate to the number of employees but the amount and value of the sensitive data collected. The common error dealerships make isn’t the lack of care in their handling of sensitive data, but the underestimation of their likelihood of being attacked.

Dealerships collect valuable consumer information, both personal and financial – ranging from driver’s license information to social security numbers, to bank account information, and even past vehicle records. An insufficient budget and management of IT security make auto dealerships a prime target. In fact, software company MacKeeper in 2016 revealed a massive data breach of 120+ U.S. dealership systems made available on Shodan – a search engine for connected, but unsecured databases and devices. The source of the breach originated from backing up individual data systems to the vendor’s common central systems, without any cybersecurity protections in place.

The Answer is in the Clouds

Cybersecurity is often placed on the backburner of company priorities, perceived as an unnecessary expenditure because of the flawed perception and underestimated likelihood of being attacked. However, the level of protection over personal data is highly valued among today’s consumers and is enough to be the deciding factor for which OS or mobile app/site people would frequent, and likely which SMB they would patronize.

Witnessing the growing trend of data breaches and the rapid advancements of cyberattacks, SMBs are taking note and beginning to increase spending. It is crucial for organizations to not only increase their security budget but to spend it effectively and efficiently. Research firm Cyren and Osterman Research found that 63% of SMBs are increasing their security spending, but still experience breaches.

Internal security systems may seem more secure to smaller business owners, but SMBs lack the necessary security architecture and expertise to safeguard the data being housed. Cloud solutions offer what these businesses need: a data storage system with better security protection services. Meanwhile, in the same Cyren and Osterman Research report, only 29% of IT managers are open to utilizing cloud services. By utilizing cloud-based security as a solution, small-and medium-sized businesses no longer have to depend on one-staff IT departments but can focus on the growth of their business. Cloud-based security solutions provide enterprise-grade protection alongside improved flexibility and agility that smaller organizations typically lack compared to their large-scale brethren.

Managed security vendors offer a range of fully-managed cloud security solutions for cyberattacks from WAF to DDoS. They are capable of providing more accurate real-time protection and coverage. Although the security is provided by an outside firm, reports and audits can be provided for a deeper analysis of not only the attacks but the company’s defenses. Outsourcing this type of security service to experts enables SMBs to continue achieving and prioritizing their business goals while protecting their work and customer data.