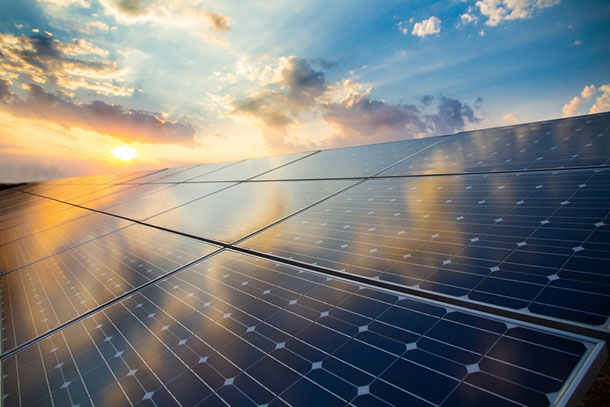 The first modern photovoltaic solar cell was made at Bell Laboratories in 1954. In the next decade, solar arrays found their first significant application on spacecraft.

Every Year, the world uses 35 billion barrels of oil. This massive scale of fossil fuel dependence pollutes the earth, and it won’t last forever. Scientists estimate that we’ve consumed about 40% of the world’s oil.

According to present estimates, we’ll run out of oil and gas in 50 years or so, and in about a century for coal. On the flip side, we have abundant sun, water, and wind. These are renewable energy sources, meaning that we won’t use them up over time.

The demand for electrical energy, throughout the world, is spurring massively. This demand must be satisfied within a framework that does not aggress the environment. So, many types of research have been developed. Most of this researches has been focused on the optimization of renewable energy production and its integration with electrical systems. In addition, to satisfy this energy need, research has taken many ways.  Thus, sources of renewable energy become multiple.

Among the various renewable energy sources, solar energy is a promising energy source. Solar power generation represents currently one of the most promising sources of renewable green energy.

Due to the environmental and economic benefits, PV generation is preferred. Since they are clean, inexhaustible, and require little maintenance. PV cells generate electric power by directly converting solar energy to electrical energy. PV panels and arrays, generate DC power that has to be converted to AC at standard power frequency in order to feed the loads. 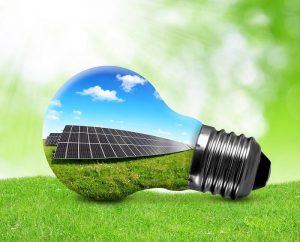 The photovoltaic system converts sunlight directly to electricity without having any disastrous effect on the environment. The basic segment of the PV array is the PV cell, which is just a simple p-n junction device.

Photovoltaic or PV has developed from a niche technology to one of the fastest-growing energy sources. The cost of OV has dropped by a factor of 300, while efficiency has steadily climbed. As a result, PV deployment has been growing exponentially at an average rate of 30% annually for decades.

Today, the cost of electricity from solar energy is less than most conventional energy sources in many locations. As a result, about 30% of additions to US electricity generation from the past 5 years, now come from PV.

With further research in PV energy integration and energy storage PV could produce 60% of US electricity by 2050. In fact, it won’t be redundant to envision a future where PV powers most of our lives. From heating to transportation as well as bringing power to underserved and developing communities.

PV Technology and its Wide Landscape of Possibilities. 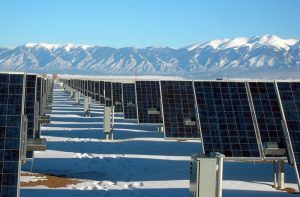 Silicon Solar is the workhorse of modern PV technology. Researchers and industry experts have worked hard on developing this technology for the past 40 years and continue to collaborate with the industry to advance new cell design and rapidly decrease costs.

Thin Film Solar Cells, with a thickness of less than one-tenth the diameter of a human hair, these solar cells promise low material costs and the potential for flexibility.

Perovskite Solar Cells exemplify how research results can be unexpected. In the past decade, their efficiency has increased dramatically from single digits to above 25%.  Today, researchers are working to increase perovskite solar cell stability and ease of manufacture.

III-V Solar Cells, named for semiconductors made from columns III and V of the periodic table, are the most efficient solar cells. They are ideal for applications where efficiency is more important than cost, such as spacecraft.

PV Panels are increasingly finding their way into new applications- such as remote military bases, building integration such as windows, agriculture, aviation, and other roles. Inexpensive electrons from solar can be used to power electric vehicles and plug-in hybrids. Researchers are working on finding new applications of PV cells such as converting solar energy into stored energy in the form of molecules and fuels like hydrogen.

In the future, photovoltaic cells could be ‘worn’ over clothes, placed on cars, or even on beach umbrellas. These are just some of the possible developments from a study published in Nature Communications by researchers.

It focused on photovoltaic cells made using flexible organic technology. Today’s most popular photovoltaic cells, based on silicone technology, are rigid and require a sophisticated and expensive infrastructure to manufacture them and have high disposal costs.

An alternative to replace silicon in the future is ‘plastic’ solar cells, in which a mixture of two organic semiconductors—one electron donor and an electron acceptor—absorbs light energy and converts it into electrical energy.

However, organic materials have more complex physics than crystalline inorganic materials (such as silicone), particularly for charge transfer processes at donor-acceptor interfaces, which cause efficiency losses.

After four years of work, the researchers succeeded in creating solar cells with new materials in which losses due to interface states are minimized. By studying these materials with ultra-short laser pulses, they identified the physical reasons behind this exceptional performance, presenting a general optimization model valid for other material combinations.

Future photovoltaic cells made from organic technology will be a cheaper source of energy with less environmental impact. They can be incorporated into various everyday objects such as windows, cars, or even clothes and coats because of their mechanical flexibility.

Scientists have studied radiative sky cooling (RSC) at the research level as a potential passive cooling technique for buildings and solar modules. RSC occurs when the surface of an object absorbs less radiation from its environment and less than the energy it radiates. When this happens, the surface loses heat to the outer space and a cooling effect can be achieved without the need for power.

The scientists explained that PV systems are naturally good candidates for RSC techniques, which use the transparency of the earth’s atmosphere in the 8-micrometer to 13-micrometer range, in order to enhance radiative heat transfer.

In practice, improving RSC consists of tuning the optical absorption and thermal emission in the infrared range which makes it possible to also reduce the absorption of sub-bandgap photons, referred hereafter as parasitic solar absorption. 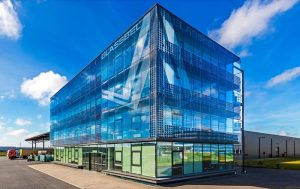 The AU$200 million (US$153 million), 48-storey, mixed-use building in Melbourne’s CBD is due to be completed later this month but already Beulah is claiming the 42 kW solar PV system installed on the tower’s core walls is the largest and most efficient vertical solar facility in Australia, declaring it will outperform buildings with similar vertical solar power plants.

The installation comprises 128 Trina Solar HoneyBlack DD06M.05(II) 325 W modules. The modules have been installed on the core walls of the tower and cover 158m².

Melbourne-based essential services provider b.energy was responsible for the design and construction and operations and maintenance of the system and opted for what is labeled a ‘verticality renewables strategy,’ as a way to overcome limited space on the roof of the tower

The company said the utilization of the tower’s vacant space is not only innovative but is also an attractive value-add that differentiates the tower’s embedded renewables offering which, in turn, is an enticing cost-saving to prospective residents and the developer. 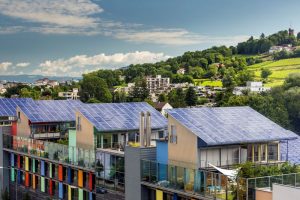 Indian policymakers need to plan for rooftop solar+storage, as the combination is becoming increasingly cost-effective, according to a new report by the Institute for Energy Economics and Financial Analysis (Ieefa).

Ieefa has predicted that solar+storage will be cheaper than grid supply in 2021 for most commercial and industrial (C&I) customers in India. It expects the Levelized cost of energy (LCOE) for a 1 MW rooftop solar system.

Coupled with 250 kW of energy storage, to fall to around INR 6.6 ($0.09) to INR 6.8/kWh by next year. This is less than the grid tariff for most C&I consumers and well below the cost of power produced by diesel generators.

In Conversation with ELE Times, Mr. Manoj Kodakkatery shared his insights about the new technologies that have been developed in solar, to give it a boost among competitors like wind and bioenergy- “One of the most notable challenges acting as a deterrent for the adoption of solar energy amongst masses is cost-effectiveness. It is essential to gain effective cost competitiveness in order to make the whole proposition compete well and be at par with other energy generation technologies.”

He added,” Actually the quest towards cost-effectiveness, is a collated impact of all the stages involved in the supply chain, however, looking at it closely, it arises right from the product level. Hence, the whole design of the product has immense possibilities to impact the cost-effectiveness significantly.”

Mr. Kodakkatery further added on how India is emerging as the market for Solar Photovoltaic,” Talking about solar, India is recognized as the third-largest market for solar.

The country aims for installing 100 GW of solar capacity by 2022. Solar Energy is envisioned to play a significant role in industrial segments especially the energy-intensive industries which require a large amount of electricity to run heavy equipment and enable heating & cooling systems.

Looking at the sector’s evolution and its adoption in the industrial sector. It seems there is considerable progress over the last few years. However, there is a long way to go owing to macro and micro-level challenges.

The absence of a steady stream of investments is one of the macro challenges to help flourish the sector in the desired manner.

As of now, the sector has not been able to attract a significant FDI and so it’s more dependent on domestic investments. And the domestic manufacturing ecosystem is yet to become stronger and lessen its dependence on imports for capacity addition.”

ELE Times also had a word with Mr. Adil Hussain Manager, Corporate Marketing & Strategy for  ON Semiconductor about the recent development in DC-DC Converters for solar application. “The most important developments in DC-DC Converters for solar is the new material Silicon Carbide (SiC).  SiC MOSFETs replace silicon IGBTs and Superjunction MOSFETs as the power electronic devices in the converters.  SiC MOSFETs offer higher efficiency than traditional devices.  Also, SiC MOSFETs can be switched at a higher frequency, which is especially useful in DC-DC conversion”, said Mr. Hussain.