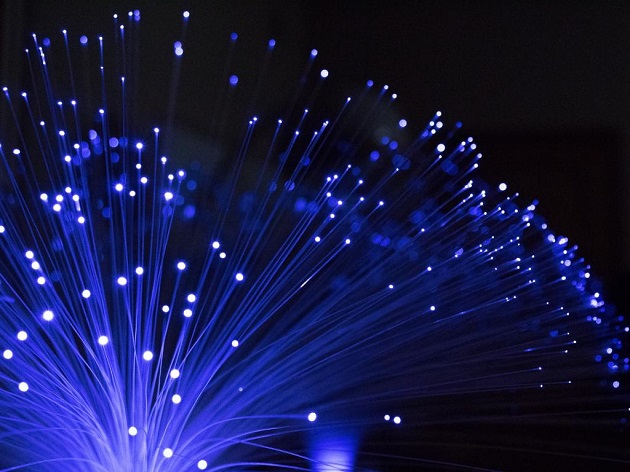 The use of Optoelectronics, particularly in areas such as endoscopic medicine and surgery, biotechnology and ophthalmology, has grown significantly in recent decades. It also predicts that medical, along with consumer products and the automotive industry, will be one of the key sectors driving this growth. Other common medical applications that normally incorporate optoelectronic sensors in some shape or form include pulse oximetry (measuring the amount of oxygen in the blood), blood diagnostics, such as blood glucose monitoring, urine analysis and dental diagnosis. As medical devices become more complex, and expectations of what can be achieved and diagnosed more demanding, optic and optoelectronic image sensors and light-emitting diodes (LEDs) are becoming more sophisticated, as well as smaller and less invasive.

Over the last few years, Optoelectronics and optical communications have increased their viability over standard metal-based electronic interconnects. The current silicon-based photodetector used in optical communications has a major issue when it comes to detecting data in the near infrared range, which is the range used for telecommunications. The telecom industry has overcome this problem by integrating germanium absorbers with the standard silicon photonic devices. They have been able to make fully functioning devices on chips using this process. However, this process is complex.

Optoelectronic semiconductor devices have a major impact on almost all areas of Information Technology. These devices can be classified based on their functional roles like output, input, processing, transmission, memory and others. Many technologies and physical properties are imposed by applications using Optoelectronics. Several such applications have come to our understanding and control only during the previous decade.

Light-detecting devices, such as phototransistors, are designed to convert received electromagnetic energy into electric current or voltage. Light-detecting devices can be used for light sensing and communication. Optoelectronics device is basically an electronic device involving light. This device can be found in many optoelectronics applications like military services, telecommunications, automatic access control systems and medical equipment.

The another major segment is the solar cells, that are applicable in rural electrification, telecommunication systems, ocean navigation aids, and electric power generation in space, remote monitoring and are also used in different solar energy based projects such as Solar Energy Measurement System and industrial equipment. Thus, this is about the optoelectronic devices which include laser diodes, photo diodes, solar cells, LEDs, optical fibers. These optoelectronic devices are used in different electronic project kits as well as in telecommunications, military services and in medical applications.

Technological innovations in the optoelectronics sector, increasing use of electronic gadgets and rising demand for power-efficient devices are the major factors which are driving the growth in the Global Optoelectronics Market. However, high initial capital requirement, the high cost of spare parts and complexity in operating the devices are the main challenges that hamper the market growth. Optoelectronics device are the devices that involve operation on both electrical current and light. These devices are of two types-light sensitive and light generating devices. Mostly, light sensitive devices are used in electronic circuits including phototransistors, photodiodes, and light-sensitive resistors and so on.

Below mentioned are some of the applications of Optoelectronic devices:

Radical changes are foreseen in the future market

Optoelectronics is a critical foundational technology that enables all the primary functions of the evolving information industry, however today the scope has widened to incorporate more and more applications throughout. It is needed not only as a competitive alternative to existing system but also helpful in thereby updating itself in the world of intelligent next generation system. Let us have a look at the products from industry leaders. These products have shown its big impact in the areas of smart infrastructure and in the embedded application systems and has also received great attention from the consumer as well as from the distributors

Broadcom ACPL-K70A/K73A High-Speed Optocouplers are high gain series couplers that use LED and an integrated high gain photodetector. This provides an extremely high current transfer ratio between input and output. These optocouplers come with separate pins for the photodiode and output stage that result in LVTTL-compatible saturation voltages and high-speed operation.

Vishay Optical Sensor portfolio includes reflective, transmissive, and ambient light sensors. These feature either analog or digital output. They are used in consumer, computing, industrial, and automotive applications. Reflective and transmissive sensors are typically used to detect the presence of an object, and to determine its directional motion and speed.

Infineon Technologies BCR431U Linear Low Voltage Drop LED Driver is designed to regulate LED current in standalone operation without any external power transistors. The BCR431U is suitable for driving currents up to 37mA, with a supply voltage range from 6V to 42V. The LED current level can be adjusted by connecting a high-ohmic resistor Rset to pin RS.

Broadcom® ACNU-250L High-Speed Optocouplers are single-channel 1MBd optocouplers in an SSO8 footprint. These optocouplers are equipped with an insulating layer between the light-emitting diode and an integrated photon detector to provide electrical insulation between input and output. The separate connection for the photodiode bias and output transistor collector reduces the base-collector capacitance.

Osram SPL SxL90A LiDAR QFN Packaged SMT Lasers are infrared high-power SMT components for LiDAR (Light Detection and Ranging) applications. This allows autonomous vehicles to “see” farther and more effectively. The AEC-Q102 qualified four-channel and single-channel pulse lasers offer a performance of 125W at 40A per channel and an efficiency of up to 33%.

As per the reports, the pandemic of Coronavirus (COVID-19) has affected every aspect of life globally. This has brought along several changes in market conditions. The rapidly changing market scenario, initial and future assessment of the impact reports a concise analysis of the growth factors influencing the current business scenario across various regions. Increasing demand for consumer electronic devices fuel the Optoelectronics Market. Optoelectronics consist of light emitting devices which converts electrical signals to visible or infrared radiation energy, or vice-versa.

Consumer electronic devices, digital imaging solution and communication network are the major areas where Optoelectronics has huge market opportunity for its major High-brightness LEDs (HB-LEDs), CMOS image sensors and Fiber-optic laser transmitters components. In addition to this, increased demand for advanced technology in automotive industry is creating market opportunity for Optoelectronics. Most of the automotive vendors are integrating infrared components in cars for detect ambient light, whether estimation, gestured control for the infotainment console and night vision. These new application areas strengthen the Optoelectronics market share in emerging sectors. In Asia Pacific region, the market for Optoelectronics market is witnessing slow growth rate due to lack of knowledge and modern technologies to integrate with this technology. But the days are not far when the region would have enormous resources and technology so as to meet the needs of the society.