MENUMENU
Home More In Conversation Only Self Discipline Will Help The MSME Lighting Industry To Sustain, Else... 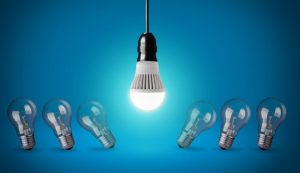 Kwality Photonics is a one of a kind LED manufacturer that has put India on the global LED map. With an ultra-modern, fully-automated LED plant that is capable of producing a billion LEDs per year, the company has high brand equity in the Indian market. In an exclusive interaction with ELE Times, K Vijay Kumar Gupta, CEO, Kwality Photonics Pvt Ltd abdLEDChip Indus Pvt Ltd, talks about India’s LED market, the Chinese threat, and the latest in LED tech. Excerpts:

ELE Times: The LED was invented more than 40 years ago and yet the world was slow to embrace its magnificence. Today, however, things seem to be changing as awareness about the technology is growing. What would you say has driven the market shift toward LEDs? Are Indian consumers falling in love with just the energy savings or is it something else?

K Vijay Kumar Gupta: It gives me immense pleasure to note that India is far ahead of the rest of world in adapting LED technology at household level too. If I’m asked to single out one top reason, it is the foresight & early start taken by  BEE & conceptualisation Of ESCO model & its lightening implementation by EESL. When EESL presented aggregated Demand, the Indian lighting Industry could gauge the potential clearly It ramped up huge capacities in short time, brought the prices tumbling down, to within the reach of common man. Now LEDs products are so visible that Indian customers buy them as default choice!

ELE Times: When people talk of energy savings, lighting for some reason tends to be the low hanging fruit. Do you think that is still the case? Do you think people now know that lighting can be a major aspect of energy conservation?

K Vijay Kumar Gupta: The lowest hanging fruit in energy saving in lighting was, to jump the technology from Incandescent & fluorescent to LED. Much more energy savings are realised by adding in the electronic Driver, the timer controls, occupancy sensors or dimming as per needs. Critical Value Additon is happening with LIFI, remote controls or IOT integration.

K Vijay Kumar Gupta: LED manufacturing is actually called as PACKAGING, which is back end process.  After the LED is fabricated out of epiwafers, the chip is integrated to solderable robust terminals & is provided protection for the delicate wire bonds & chip with tough Silicone shroud- which helps the LED last for 100000hours & more. As a First step, we select right chip 100% probed & sorted for uniform brightness & Color &Vf& Undertake Diebond Of tiny 0.3mm Chips to the leadframe. Then we sequentially do oven curing,  wire bonding with 25 micron goldwire, fill with carefully created Silicone Phosphor mix , cure it in ovens,  and the SMD LED is born. The machinery is expensive, & margins are too thin. This industry is not for faint hearted, but is be sustained through passion & deep knowledge.

ELE Times: Is China still a threat to India’s LED industry? Or have government initiatives been enough to tackle the Chinese threat?

K Vijay Kumar Gupta: China is going to stay, thanks to its industry supportive policies and hidden incentives. GOI can create level. Playing field by imposing 20% import duty in lights. Yet, for zero duty ITA products like LEDs & active/ passive Components the GOI hands are tied. Unless a policy like say ‘use 50%made in india LEDs’ policy comes up, component Industry will not attract the investments needed in the region of USD100 Billion.

ELE Times: What are some of the cutting edge products from the house of Kwality Photonics?

ELE Times: Talking about the LED industry in India in general, do you see it moving towards a better tomorrow?

K Vijay Kumar Gupta: The markets are settling for low prices, but there are low grade Chinese LEDs spoiling the customer experience due to use of undersized chips & use of poor package metal & plastic & Silicone. LEDchip Indus P Ltd is dedicated to give uniform properties in each single LED & excels in narrow bins.

Industry is looking forward to Policy Stability and Execution