MENUMENU
Home More In Conversation China Will Not Be A Big Problem Because We Will Become A... 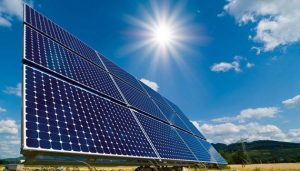 The last few months have sounded like good days for India’s solar industry. Madhya Pradesh inaugurated the world’s largest solar power plant, India achieved its target of 20 GW solar energy four years ahead of time. Naturally then, the narrative of India’s solar journey is an interesting one. The Modi  government on its part has played the role of a catalyst in India’s solar growth. ELE Times’ Soumyarendra Barik talked to Eastman’s Arvinder Bir Singh, Solar Business Head, and Praveen Jain, Vice President Solar Sales about India’s solar industry, governmental and economic growth drivers, and whether or not the sun would be shining bright in India’s solar future. Excerpts:

Praveen Jain: Our solar journey started in 2010. Back then, the market didn’t have any awareness about solar power. There were also other grave challenges. One of which was the fact that the cost of solar energy was very high. The Manmohan Singh government offered some subsidies but the overall budget for the sector was very limited. The ministry was able to give subsidy to only about 5 per cent people. Then, technology was also not available in the country. People were buying from overseas. But, since 2014, the government started to float a lot of tenders, and as a result, a lot more people started taking interest in the solar business. In 2015, the cost of solar was about Rs 17 per unit. That has now come down to a shade less than Rs 3. PM Modi’s government set a target of harnessing 100 GW of solar energy by 2022 and we have managed to achieve the target of 20 GW 4 years ahead of time. We want solar energy to meet around 25 per cent of the total energy demand in India by 2022. For that to happen, the industry has to grow at a rate of 15 per cent.

Now, two things have started happening. First, the demand is increasing. The current demand is about 800 units per year per capita. We want to take it to 3000 units per capita every year. And the second thing is that we have started adopting energy efficient products. Now, energy efficient products can provide about 8 per cent of that growth. And the rest 7 per cent will come from solar energy. The changing narrative of the automobile sector will also play a key role. As we make the shift to electric vehicles, the need for solar and the right solar infrastructure will be needed and I believe we are well placed to make that transition.

Soumyarendra Barik: Your opinion indicates that there will be a tectonic shift towards solar power in India. Naturally, due to the stratification of the society, people will have different needs. What does Eastman has on offer for a person from rural India and to a person in the Lutyens?

Praveen Jain: We have carefully designed our products. In rural market, there is no electricity at all. There are no prominent distributors or transmission lines in the countryside. You know about AC and Dc electricity, right? Here in Gurugram, I’m compelled to use AC because the entire infrastructure is set up that way. But, at the end of the day, all I need is DC. TVs need DC, refrigerators need DC. Most of your appliances actually need DC. So, the AC current is converted in DC finally. In solar energy, the current is produced in the DC form. So, automatically, the need to convert AC into DC is ruled out. That means better efficiency, something that people living in villages will really appreciate. We have a wide product portfolio that can power all appliances using DC alone. The good thing is in villages, there would be no need of conversion. And the amount of energy saved would be around 40 per cent.

For cities, there are two solutions: off grid and grid tech. In off grid, I have the option of battery backup. So, you make the electricity and later store the surplus in a battery. But, what if you don’t use energy at all? The energy generated will all be wasted. This is where grid tech comes in. In grid tech, you don’t need a battery. You need a solar panel and an inverter. And the amount of electricity in this set up that you don’t use will automatically be sent back to the grid. And in lieu, DisComs will pay you back. But, what is there is a power cut? There is another emerging technology called hybrid technology. It smartly works as an off-grid and as well as on-grid. We have all this sorted out and are only waiting for the awareness for this technology to grow. We have also started working on Lithium ion batteries.

Soumyarendra Barik: Can you give us a brief overview of the economic and political forces that are driving India’s interest in solar energy?

Praveen Jain: Now there are a lot of funds available. However, that is primarily for bigger developers. There is a lot of funding coming from foreign companies as well. The government has been pushing banks to offer loans for solar projects at the same interest of a home loan. The NDA government is also providing several subsidies from time to time. For instance, there is a 30 per cent subsidy from the Centre available for residential customers. On top of that, several state governments are providing subsidies over the 30 per cent. UP, for example, is providing a subsidy of 15 per cent over that 30 per cent up to a level of 2 kW.

However, I would want the government to offer some benefits to retail customers. If a policy could be worked out wherein a retail customer can get a loan and pay the EMI from the energy savings in the electricity bill, that would be absolutely wonderful. Also, solar should be at zero per cent duty.

Arvinder Bir Singh: Before GST, the rate of tax on solar products was 0 in 16 states. But after GST, it has become 5 per cent. So, the government should make it 0 per cent for all states.

Soumyarendra Barik: India is preparing its roads for Electrical Vehicles. Share with us about the automotive solutions by your company and where do you see your business taking turns?

Arvinder Bir Singh: With the rate that we are adopting electric vehicles and with a lot of government push coming in, I see India’s EV market to boom in the coming years. Today though, the cost of making lithium ion batteries in India for vehicles is an expensive thing. But, as the demand for electric vehicles increases, the costs of making batteries will come down. Now, as I mentioned before, we are ready to provide when that transition happens. We are just waiting for the right time.

Soumyarendra Barik: India meets about 85 percent of its solar cell demand through imports from China. How big of a threat do you suppose China is, or could be, for India’s solar future?

Praveen Jain: From the last two years, we have been saying that we need 1 GW by so and so date. But, the reality is that, our capacity of manufacturing solar panels is less than 1 per cent. And that is exactly why we are dependent on China. But, as we know, the current government is serious to have the right energy culture here. A recent news came from MNRE that in future tenders, only those companies will be encouraged that have solid manufacturing prowess of solar equipment.  Adani is one such name. They have already installed 7-8 GW plants here. And as more such entrepreneurs come to the foray, our dependency on China will further come down.

Even today, more than being a technical challenge, it is a challenge of costs. Chinese imports are extremely cheap and that has been the reason why we have been buying from them.

Arvinder Bir Singh: The government is imposing anti-dumping duties and safeguard duties for solar products from China. But, the industry has a mixed reaction to it. Currently in India, we have a panel manufacturing capacity of about 3 GW. But, cell manufacturing capacity is only 1 GW. So, the industry is saying that safeguard duty should only be on solar panels and not on cells. I believe that the government should give some buffer time to the industry so that it can develop the infrastructure to take on China. But, I’m sure, China will not be a big problem because we will become a major solar nation too. 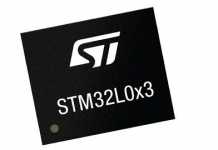 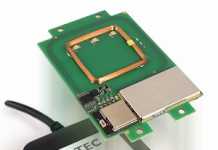 Ready to use solutions for Smart-grid and Smart-metering applications

“Currently, there is a growing need for engineers in the country...