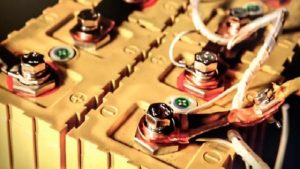 Researchers have identified new solid materials that could lead to the manufacture of non-toxic lithium-ion batteries, according to a study recently published in the journal Science and Technology of Advanced Materials.

Batteries are made of two oppositely charged electrodes separated by a liquid, gel-like, or solid ‘electrolyte’ medium through which electrically charged atoms, or ions, move. In many cases, these electrolytes are toxic and flammable, so researchers have been looking for non-toxic alternatives.

Makoto Moriya of Shizuoka University in Japan investigated molecular crystals for this purpose. To obtain the crystals he added an organic compound to lithium salt. The molecules self-assembled to form channels through which lithium ions moved, creating an electric current. Changing the crystals’ structures affected their ion-conducting functions.

Ion conductivity in these materials was not as high as in organic liquids, inorganic ceramics or glass electrolytes. But it was comparable to polymer electrolytes, which have been targeted as potential solid electrolytes.

Also, the amount of flammable organic substances in the molecular crystalline electrolytes was lower than in polymer electrolytes and in conventional liquid electrolytes, making them a potentially safer alternative.

Moriya found it easy to control the crystal structure of these solid materials by making alterations to their molecules. This structural versatility could prove to be a powerful tool for dramatically improving ion conductivity in these materials.

“These observations… could open the door to the design of new solid electrolytes and thus the development of new molecular devices,” Moriya concludes.