We all take flights. Some of us sporadically, and some of us regularly. But, regardless of the type of flyer you have been, we can all unanimously agree to the fact that we have wished to use our mobile phones in-flight the way we use them on the ground.

And the good news is that India’s telecom regulator TRAI has recommended a separate license to offer in-flight communications services. Except there is a catch. India’s mobile operators are opposing the referendum by stating that they are well placed to offer those services, and there is no need for a separate license for it.

“We do not support any separate category of IFC service provider,” said Rajan Mathews, director general at Cellular Operators Association of India (COAI), which represents all major telcos, even as he welcomed the move to allow internet and mobile services in flights.

The COAI believes that in-flight communication services should be permitted on the same bandwidth currently being used for mobile phone services.

“We have on ground spectrum licences and they are sufficient for providing in-flight connectivity,” Mathews told.

Telecom Regulatory Authority of India (Trai) had on Friday recommended internet access through Wi-Fi be allowed within the aircraft, adding that making calls be allowed once an aircraft reaches an altitude of 3,000 meters.

Trai suggested creating licences for IFC service providers. It said foreign telecom operators should be allowed to offer voice services in partnership with a local telco so that the mandated lawful interception requirement is met. On-board internet traffic must be routed to a satellite gateway on Indian soil, it said.

The regulator also said IFC providers should have the flexibility to use technology and spectrum – within the Ku, Ka and L bands – as long as they are consistent with international standards and do not interfere with terrestrial networks. 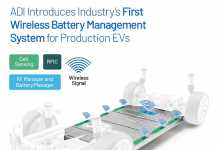