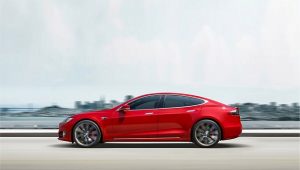 LUXURY is a subjective word. Not only it means different things to different people; it is subject to constant change. Take cars from the 80s for example. Having a power steering was considered to be the holy grail of luxury then. Power windows were fathomable only by the most affluent of the society. But the fact is, we are decades ahead of 80s. And like everything else, our cars and in-car luxury and technology have come a long way.

If you look at it, technology has come to decide the subjectivity of luxury in 2017. Today, hopping in your car is no longer like the visit to the local cathedral where you have to spend time away from access to Wi-Fi and iTunes. Today, the car has become more than just what it has been. It has become a technological iceberg, only with windscreen wipers.

In 2006, the early part of the noughties, Tesla unveiled the Roadster. A zippy little electric car, which could render the most sophisticated of combustion engines obsolete. Later, the Model S and Model X disrupted the entire car manufacturing industry. And that raises an important question: What did Tesla do to not only survive in an unforgiving industry, but to redefine it in every way possible?

For starters, it’s powered by lithium-ion batteries; the same cells that power your iPhones and laptops. But we had electric cars before Tesla, and none of them made an impact on the market. The fact is, Tesla made the electric car cool. And it did so, by using unprecedented electronic circuitry. Take Tesla’s giant touchscreen for instance. From playing songs to opening the boot, from watching your favorite shows on Netflix to opening the giant sunroof, the infotainment system in Teslas sent all the big car makers back to their drawing boards.

The touchscreen panel in Tesla is special. Not only because it can do so much, but because it defines luxury today. The earliest electronic system found on any car was way back in the early 30s. It was a vacuum tube based car radio. Could you imagine having that fitted to any vehicle today? The fact is, we wouldn’t have an electric car today without that vacuum tube car radio. Generations of inventions have aided the herald of the electric car. The giant Tesla touchscreen then is not just a central control system; it is the amalgamation of hundreds of years of innovation in the electronics industry.

From the development of the first semiconductors after the Second World War to the invention of the microprocessor in the 70’s and the Internet of Things today (IoT), groundbreaking designs in the electronic industry has allowed the electric car of today to be born. Experts believe that the Internet of Things will not only include your automobiles and homes, but around 30 billion different objects. And by 2020, IoT will be so big that it will have a global market valuation of about $7.1 trillion.

Automobile giants Volkswagen know a thing or two about making cars. And their latest Budd-e concept seems to be a promising leap towards the future. Among its forward-thinking features is its ability to let the driver have access to devices connected in a home. All, by virtue of IoT.  Do you realise how disruptive this could be? You can switch on the air conditioner in your home from your car, so that it has the perfect temperature before you enter. You can open your security gates for friends or relatives, even when you’re away. Talk of luxury.

This neatly puts us in a place where we can understand that electronics have also brought down the production cost of electric cars and has made them a lot safer. Tesla’s Model S and Model X come equipped with a state of the art autonomous mode that takes the pain out of driving. Infact, Elon Musk, Tesla’s CEO, believes that electronic components are better drivers than humans. That may sound like a long shot today, but so did the electric car five years ago. And look where that has got us today.

We all know that electric cars are the way forward. We know they cause less harm to the nature than traditional combustion engine powered cars. However, electric cars have certain technical benefits of their own too. Transport & Environment, which is one of Europe’s leading NGOs campaigning for cleaner transport, released a report that portrayed the efficiency of electric powered cars. From the production of torque to its application on the road, electric powered cars were found to be 60 per cent more efficient than regular cars.

And then, there is all the in-car technology that puts EVs on a different pedestal altogether. Tesla’s R&D wing is working closely with chipmakers AMD to refine the chip that controls the entire drivetrain. The new chip will be responsible for making Teslas completely autonomous. Tech giants Google and Apple are also planning similar cars that can drive itself and learn the roads with an advanced AI system. Now you might say, this technology is one for the future. But can you imagine its potential? The reliance we have on public transport today for long distance journeys will be decreased dramatically. You would be able to get in your car, sleep, and wake up at your destination. And Musk believes that you can do all that in only a couple of years.

However, if your electric car is the only self-driving vehicle on the road, that could be a bit of a problem. For complete autonomy while driving to be possible and safe, all cars on the road should be able to communicate with each other. In order to join the bandwagon of the car’s technological future, automakers are working with the governments of their nation to develop what is called Vehicle-to-Vehicle (V2V) communication. This would be made possible by unprecedented wireless communication between cars on the road. Infact, engineers at MIT have already started to devise an algorithm to make V2V communication possible. They predict it could bring down the number of accidents by about 80 per cent. When it’s about life and death, that is a huge number.

The matter of the fact is, centuries of development in electronic circuitry gave us the electric car. The car that everyone knows and believes is the future of automotive. Even motoring journalist, Jeremy Clarkson knows that. From the first vacuum tube car radio, to Internet of Things, the revolutions in electronics have given the car industry an impetus towards countless possibilities. Electric cars have arrived and are getting efficient every day. So is the infrastructure to bring and keep them on the road. Self-driving cars are only waiting in the wings due to certain diplomatic issues, and it won’t be long before they become a common scene on our roads. Technology has disrupted this industry, and we’ve reached a point today, where it really is hard to tell what will happen in the automotive world tomorrow. But, one thing which we can tell is that it will be luxurious.