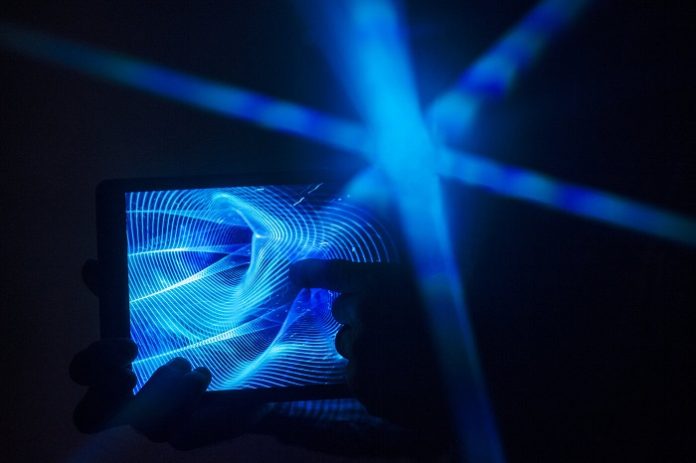 Hydrogen fuel cells hold a lot of promise as sustainable and eco-friendly energy sources to power transportation by land, air, and sea. But traditional catalysts that drive chemical reactions in hydrogen fuel cells are too costly and inefficient to justify a large-scale commercial shift away from existing technologies.

Northeastern scientists have identified a novel class of catalysts that, because of their particular non-noble-metal nature, could replace the platinum-based standard that has prevented hydrogen from advancing in the fuel sector.

“We are quickly transitioning to electric modes of transportation, and as I see it, batteries are only a transitionary phase,” says Sanjeev Mukerjee, a distinguished professor of chemistry and chemical biology at Northeastern. “It’s not the ultimate answer to replacing fossil fuels.”

The answer lies in hydrogen, or “hydrogen carriers”—larger molecules in which hydrogen is just one part—that the answer lies. The most abundant element in the universe, hydrogen acts as an energy carrier and can be separated from water, fossil fuels, or biomass and harnessed as fuel. Hydrogen fuel cells convert hydrogen into electricity; and unlike the internal combustion engine, which produces toxic and carcinogenic chemical byproducts, hydrogen fuel cells only produce water—actual drinkable water—as a result of the chemical reaction.

“The biggest bottleneck right now is one: infrastructure for the fuel, i.e., hydrogen or a hydrogen carrier; and number two is the high cost of catalysts because the current state-of-the-art requires noble metals,” Mukerjee says. “So there are dual efforts to both lower the noble metal loading and find more sustainable catalysts using elements that are very abundant on earth.”

Catalysts are used in hydrogen fuel cells to speed up the energy conversion, called the oxygen reduction reaction. A sustainable catalyst is one that is made of “earth-abundant materials” and one that, when oxygen is introduced into the chemical reaction, does not produce carbon, says Arun Bansil, university distinguished professor of physics at Northeastern.

As it relates, Northeastern researchers have been looking at a specific class of catalysts, namely so-called “nitrogen-coordinated iron catalysts,” as potentially sustainable candidates. A nitrogen-coordinated iron catalyst is molecularly defined as an iron atom surrounded by four nitrogen atoms. The nitrogen atoms are called “ligands,” or molecules that bind to a central metal atom to form a larger complex.

“This is a well-known structure,” Bansil says. “What we have shown very conclusively in this paper is that adding a fifth ligand—that is, four nitrogens plus another one—that can lead to a much more stable and robust electrocatalyst, thereby opening up a new paradigm or pathway for the rational design of this class of catalysts for applications for fuel cells.”

Bansil says that the fifth ligand also improves the durability of the catalyst. The reason, he says, is “it appears that this fifth ligand manages to keep the iron in the plane of the iron-nitrogen when oxygen is added into this structure.”

If the fifth ligand is not there, Bansil says, the iron is dislodged from the plane of the iron-nitrogen in many of these complexes when the oxygen is put in, thereby making the catalyst “less durable.”

“It’s not enough to just know that something seems to be working better—it’s important to know why it is working better,” he says. “Because then we are in a position to develop improved materials through a rational design process.”

Northeastern staff scientists Qingying Jia and Bernardo Barbiellini, a computational and theoretical physicist at the Lappeenranta University of Technology, who is currently visiting Northeastern, participated in the research.

The advancement represents several “firsts” in the field, Mukerjee says.

“The computational approach has helped us identify the catalytic sites as they evolve during preparation, and it also helped provide a picture of which of these [catalysts] are more stable,” he says.