Home News India News Nanowire use could be advanced in silicon photonics by control of nanowire... 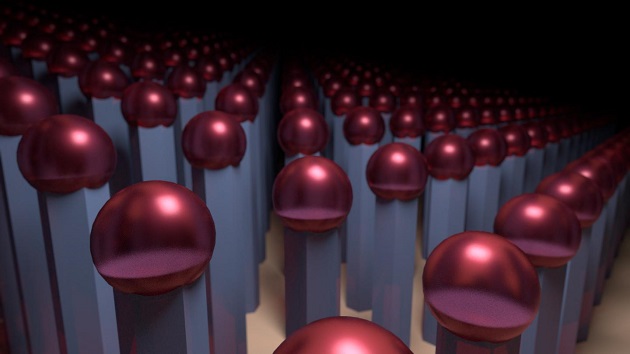 The standard process for producing nanowires is to make tiny holes in silicon monoxide and fill them with a nanodrop of liquid gallium. Research aimed at controlling this process has tended to focus on the diameter of the hole, but this approach has not paid off, said the researchers.

The research found that vertical growth of nanowires starts at the oxide-substrate line interface. It was shown by altering the diameter-to-height ratio of the hole, they could fully control how the nanowires grew. The liquid gallium will solidify in a ring around the edge of the hole, which will prevent the nanowires from growing at a non-perpendicular angle, at the correct ratio. According to the researchers, this process should work for all types of nanowires.

Advance nanowire research could be helped by this new production technique. Nanowires can alter how electricity or light passes through them, and could be used to add optical functionalities to electronic chips, making it possible to generate lasers directly on silicon chips and to integrate single-photon emitters onto chips for coding purposes. They could potentially be applied in solar panels to improve how sunlight is converted into electrical energy.

Further samples should soon be developed, the team said. “We think that this discovery will make it possible to realistically integrate a series of nanowires on silicon substrates,” said professor Anna Fontcuberta i Morral. “Up to now, these nanowires had to be grown individually, and the process couldn’t be reproduced.”