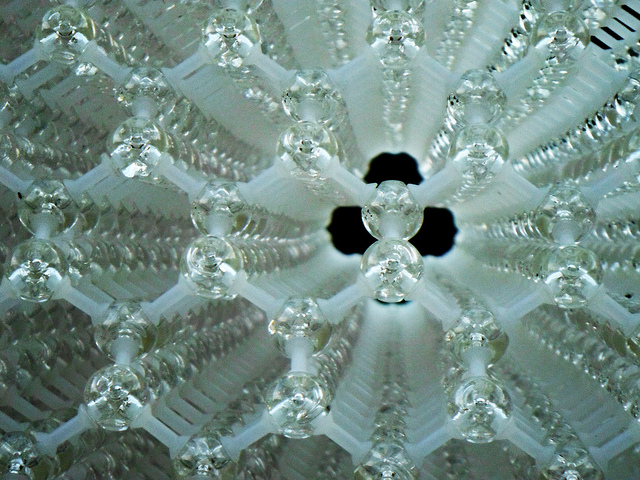 Nanodiamonds can curtail the electrochemical deposition – called plating – that can lead to hazardous short-circuiting of lithium ion batteries, say researchers at Drexel University, Tsinghua University in Beijing, and Hauzhong University of Science and Technology in Wuhan, China.

To avoid dendrite formation and minimise the probability of fire, current battery designs include one electrode made of graphite filled with lithium instead of pure lithium. The use of graphite as the host for lithium prevents the formation of dendrites. But lithium intercalated graphite also stores about 10 times less energy than pure lithium.

“Small primary batteries in watches use lithium anodes, but they are only discharged once,” Professor Yury Gogotsi said. “When you start charging them again and again, dendrites start growing. There may be several safe cycles, but sooner or later a short-circuit will happen. We want to eliminate or, at least, minimise that possibility.”

To make lithium anodes more stable and lithium plating more uniform so that dendrites won’t grow, the researchers added nanodiamonds to the electrolyte solution in a battery. Nanodiamonds have been used in the electroplating industry for some time as a way of making metal coatings more uniform. When they are deposited, they naturally slide together to form a smooth surface.

The researchers found that lithium ions can easily attach to nanodiamonds, so that they plate the electrode in the same orderly manner as the nanodiamond particles to which they’re linked. The team reports that mixing nanodiamonds into the electrolyte solution of a lithium ion battery slows dendrite formation to nil through 100 charge-discharge cycles.

According to the team, the breakthrough means that a great increase in energy storage is possible because dendrite formation can be eliminated in pure lithium electrodes.