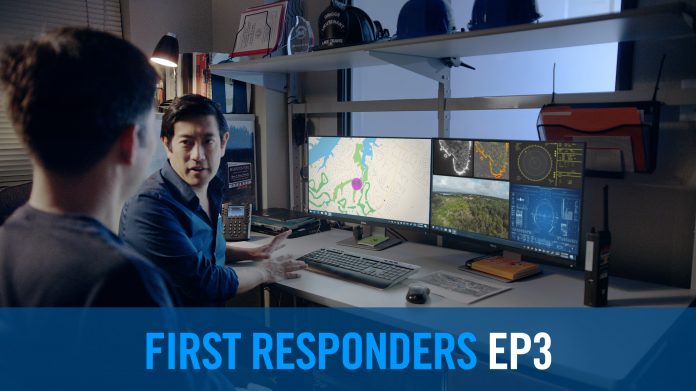 Mouser Electronics Inc., along with Easy Aerial Inc. and celebrity engineer Grant Imahara, on January 12, 2017, launched the final episode of the unique project from the latest series in the Empowering Innovation Together program. Project First Responders showcases the proof of concept for an autonomous, cloud-based drone platform used for search and rescue or surveillance operations during public safety emergencies such as wildfires, hurricanes, and earthquakes. The drone project was developed in the Mouser Innovation Lab with help from sponsors TE Connectivity and from Intel and led by engineers Grant Imahara and Ivan Stamatovski.

In the final episode, Mouser presents a real-world example of drones’ potentially life-saving capabilities in a wildfire scenario. In the example, a deployed drone network provides key data to first responders, such as wind speed and direction, fuel types around existing fires, and the locations of trapped civilians. The episode also showcases how a search-and-rescue drone program might work, from drone selection to launch to returning highly specific data.

“Mouser’s Empowering Innovation Together program is designed to foster innovation by empowering engineers of all levels to unleash their genius,” said Glenn Smith, President and CEO of Mouser Electronics. “It’s exciting to see the program help develop new technology, especially innovations that can save lives.”

“This project shows the power that drones can have when working in disaster situations to both keep first responders safe and save the lives of people caught in the chaos of the event,” said Grant Imahara. “Drones like the ones used in this project can hold a myriad of sensors that tell first responders when it is safe to enter an area and when to use thermal and high definition cameras to find people and direct coordinates to rescuers on the ground, as well as share information with experts across the globe for better decision making.”

In previous videos, Mouser and Easy Aerial focused on building the proof of concept by using GlobalARC to create a custom peer-to-peer communications platform, allowing one or multiple people to control one or multiple drones. The team also addressed logistical hurdles such as having drones available when needed, ensuring and maintaining communications between cell towers and drones during a natural disaster, and providing essential security levels for different users or government agencies.