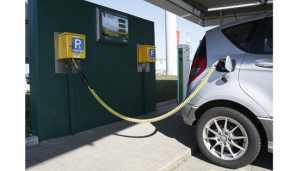 The Ministry of Electronics and Information Technology has sought proposals for an 18-month research and development (R&D) project that will be partially funded by the central government, to boost local development of sub-systems for electric vehicles such as electric motor, controller, converters, etc for two- and three-wheelers.

“Worldwide automotive industry is quickly shifting from traditional fuel based technologies to eco-friendly technologies such as battery based drivetrain for development of electric vehicles (EVs) due to fast depletion of fossil fuel and to reduce impact of transportation on environment and climate change,” an official communication said.

“Keeping in view the technological requirements of EVs and to increase the local manufacturing of the subsystem of EVs in India, a short term R&D programme is being initiated by Ministry of Electronics and Information Technology (MeitY) for the technology/product development for EVs in the areas such as motor, controller, converters etc, for 2 Wheeler (2W), 3Wheeler (3W)/e-Rickshaw. This initiative is expected to deliver indigenous EVs subsystems at lower cost and also contributing to Make in India initiatives,” it added. Under the objectives of the project, the government has stated that within the given time frame, the technology or the product must be cost-effective, quality competitive and be ready for commercialisation.

“EV sub-systems development has to be taken up in consortium mode comprising of Government R&D institutes/organisation for the design and development, industry to commercialise it and vehicle manufacturer to use the developed products in the manufacturing. The R&D institutes/ organisation would lead the projects and participating agencies are expected to contribute in the said development,” the MeitY communication said.

At present, in its effort to boost EV sector, the government provides financial incentives to registered electric vehicles with advanced chemistry batteries. To provide impetus to electric mobility in the country, the government had launched FAME India (Faster Adoption and Manufacturing of Hybrid and Electric Vehicles in India) Scheme, initially for a period of two years commencing from April 2015, which was extended further upto September 30, 2018.

This scheme is intended to support hybrid and electric vehicles market development and its manufacturing eco-system to achieve self-sustenance. The scheme is being implemented through four focus areas, demand creation, pilot projects, technology platform/R&D and charging infrastructure. Under demand creation focus area, the purchaser of electric/hybrid vehicles is given an upfront reduction in purchase price by the dealer at the time of purchase of such vehicles.

Further, for e-buses, cash incentive upto Rs one crore per bus is provided. Earlier this month, it was informed that the Ministry of Power is working on EV charging infrastructure policy, which allows individuals to set up charging stations for commercial use, a move that is expected to further electric-based mobility.

In a report on transforming India’s mobility, released in September 2018, the Centre’s think-tank Niti Aayog had called for a “clear push towards cleaner technologies” in mobility by enabling development of an ecosystem which includes domestic manufacturing, deployment of charging infrastructure etc. 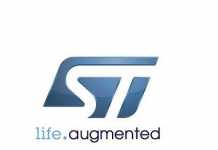 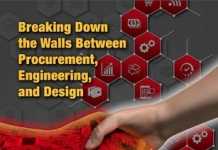 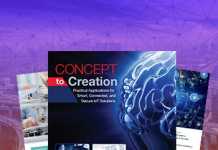 IoT Connectivity Solutions and Customer Use Cases to be showcased at...