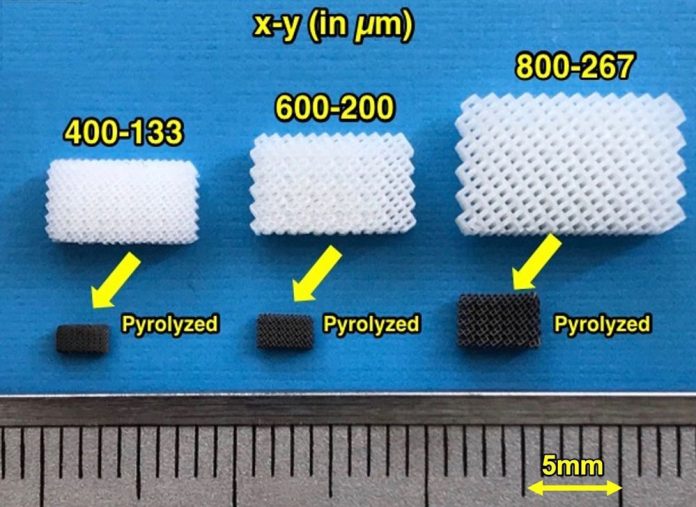 Lithium-ion batteries are used in a wide range of applications, from smartphones to electric cars, due to their high performance and ability to store large amounts of energy. However, manufacturing these batteries is costly, the metal’s reserves are quickly getting depleted, and its extraction can be harmful to the environment. Scientists want to reduce battery manufacturing costs and find a way to unlock the potential of the more widely available sodium ions.

Tohoku University materials scientist Akira Kudo, a Ph.D. student at the University of California Los Angeles Yuto Katsuyama, and colleagues are looking at ways to achieve high-performance, low-cost batteries by increasing the loaded amount of active materials used to make a battery into a single battery cell. This would reduce the inert materials used for multiple binding cells together. However, this requires the fabrication of thicker electrodes, which would restrict ion movement—and thus that of electric charge—within the battery.

Kudo and his team have addressed this by developing an approach that fabricates micro-architected, high-performing negatively charged (anode) electrodes.

The approach involves using 3D stereolithography to print microlattice structures made from resin. The microlattices are then shrunk by carbonizing them via a process called pyrolysis. The resulting hard carbon anodes were found to allow fast transportation of energy-generating ions. Also, as the team made the lattice structure finer, its performance improved. As 3D printers gain increasing resolution, sodium-ion batteries could eventually outperform lithium-ion ones, says Kudo.

The team next aims to use this same approach to make positively charged (cathode) electrodes. The ultimate goal is to use these finely architected electrodes for making high-performing, cost-effective sodium-ion batteries.