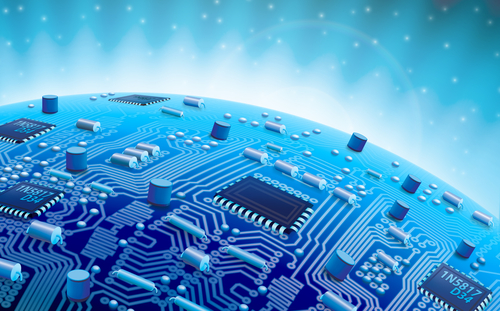 The IT Ministry may finalise a package of measures to boost electronics exports as early as June this year, according to a senior government official.

These set of measures that are expected to precede the new overarching national electronics policy currently being crafted will aim at improving the ease of doing business and removing impediments faced by companies in exporting to overseas markets.

The data protection framework that is currently being worked on by committee of experts headed by Justice B N Srikrishna, a former Supreme Court judge, is also expected to be finalised by June, two officials familiar with deliberations said.

“The package of measures to accelerate exports is expected to be finalised by June. It will entail measures on ease of doing business … We will also simplify a few processes to do with exports,” one of the officials said.

One of the proposals under discussion pertains to streamlining the procedure and increasing the timelines allowed to exporters to bring in for servicing or repair an electronics product that has been sold.

“When our manufacturers export electronics goods, they are allowed to reimport it for the purpose of repairs or service for only three years. The process to bring it back after three years is complex, so that we are looking at increasing that. We are talking to other related ministries about increasing that said period so that customers are more comfortable buying such products from India,” the official added.

A few of these measures will also help manufacturers when they are producing for the domestic market, the official said adding that idea was to make manufacturers “more competitive” overall.

The official termed the proposed national electronics policy as a “wider policy” and maintained that the same is expected to be finalised during the current financial year.

The IT Ministry is of the view that the best and sustainable way to grow electronics exports is to raise competitiveness of manufacturers. So, the package of measures being worked out will look at addressing the various issues that are hurting competitiveness.

“Success in exports depends on competitiveness. The more we look at it, the more we find that we have to make manufacturers more competitive, the official said.

Another IT Ministry official said that the new framework on data protection is likely to be firmed up before June-end but did not divulge details saying that the high-level panel is working on the modalities.

The government had constituted a 10-member committee in August 2017 to recommend a framework for securing personal data in the increasingly digitised economy as also address privacy concerns and build safeguards against data breaches.

The experts panel had noted that both public and private sectors are collecting and using personal data on an unprecedented scale and for various purposes.

It said that while the data can be put to beneficial use, the unregulated and arbitrary use, especially that of personal data, had raised concerns about privacy and autonomy of an individual.

A white paper put out by the committee a few months back for public comments, had also suggested linking of penalty of firm violating data protection rules to its global turnover.